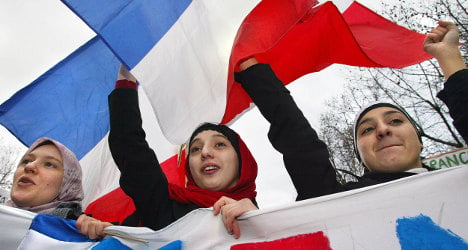 French Education Minister Vincent Peillon announced on Monday a plan to post a “secularism charter in every [educational] establishment” by the end of September.

The document would appear in a prominent place in every school, and remind teachers and pupils of a list of secular, Republican principles.

“Everyone has a right to their opinions,” Peillon told French journalists on Monday. “But not to dispute lessons or miss classes [for religious reasons],” he added.

The minister insisted, however, that the project should not “turn into an obsession with Islam.”

“The vast majority of our Muslim compatriots are convinced of the benefits of secularism,” he added.

The project has provoked a mixed reaction in France, with some questioning the application of secular principles, and others claiming the measure doesn’t go far enough in enforcing France’s particularly strict church-state separation.

“The reality is that in the last few years, the Left has singularly lacked courage in the difficult struggle to defend secularism,” said Michèle Tabarot, a centre-right opposition UMP deputy.

“This decision is totally in keeping with the pussyfooting image of this government.”

For his part, Philippe Tournier, Secretary-General of France’s union of headteachers, told Europe 1 radio he welcomed the secularism charter in principle, but worried about its implementation.

“The intentions are absolutely positive, but the essential thing still remains – putting into force what [the charter] affirms,” he said.

Peillon’s predecessor as education minister, however, Luc Chatel from the opposition UMP party, expressed his tentative support for the charter.

“Any time we can give children a point of reference as to what the Republic is, and what our values are, that’s a good thing,” he told France Info radio on Monday.

This isn’t the first time in recent months that Peillon has caused controversy with a project to reinforce France’s secular values in its schools.

In April, The Local reported how the education minister showed parliament his plans for school pupils to debate “secular morality” for one hour every week.

“Teaching and sharing the values of the Republic is a responsibility for each school,” Peillon said at the time.

When the minister first announced the proposals last year, Chatel on that occasion strongly criticised his successor as education minister.

He claimed the plan had echoes of a similar call by Marshall Pétain who led the Nazi-allied regime, known as Vichy France, during World War II.

Chatel said Peillon’s quest to seek the “intellectual and moral re-education” of France’s young people copied “word for word the call of Marshal Pétain on June 25th, 1940” when he promised to rid France of its “moral decadence”.

Secularism or “laïcité” is a cornerstone of France’s constitution, but a perennially thorny issue, especially when it comes to education.

Recently, a court overturned the sacking of a nursery school teacher for refusing to take off her Islamic veil. In response, deputies from across the political spectrum decried the ruling as an attack on secularism.

A 2004 law bans the wearing of “ostentatious religious symbols” in public schools, and a report earlier this month caused a stir by recommending that the ban be extended to universities.

Speaking at the time, professor and author Raphael Liogier told The Local that the plan was proof that France was “having an identity crisis over Islam.”

““The state pretends to be strong by creating new laws and in the end we end up discriminating against people who have nothing to do with the real problem,” he said.

“But when there is a real problem, the state does nothing.”

EDUCATION
French school pupils will do 30 minutes of sport per day from September
Url copied to clipboard!