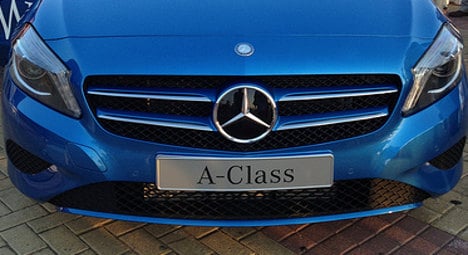 France's Conseil d'Etat responded to a complaint by manufacturers Daimler on Tuesday by ordering the French government to give the green light for the registration of certain models of Mercedes, which Paris had banned because of the use of a certain liquid coolant.

Since the middle of June Paris blocked the sale of the A, B and CLA class Mercedes due to the fact the vehicles were equipped with an old liquid coolant for the air-conditioning that no longer adheres to EU regulations.

The coolant is forbidden by EU rules in vehicles that were approved for sale since the start of 2011, however up until now France is the only member of the EU to impose a ban on the sales of certain models.

But Daimler is sticking to R134a, an older coolant, as it claims studies have shown that the new gas catches fire more easily and puts cars at a greater risk of explosion in case of a crash.

The makers of R1234yf reject Daimler's claims but in Germany, the auto giant was given special permission to keep using the older gas.

Daimler says it will persist with the older product with the hope that "in the next few years" a safer version will be available.

The ban threatened the future of dealerships in the country, Mercedes had claimed.

In an open letter published earlier this month by Jean-Claude Bernard, president of the group of Mercedes distributers and repairers said the ban hit 50 percent of Mercedes sales in France.

“Almost 5,000 cars sold cannot be delivered to our clients and registered. This means 1,600 jobs, out of a total of 11,000 in the distribution network in France, are threatened if the situation continues,” Bernard warned.

France’s environment ministry had insisted it must adhere to European regulations but earlier this month it appeared that the ban may be overturned when a court in Versailles suspended the block at the request of Mercedes Benz France.

The court gave French authorities 10 days to reconsider their position, but the following day Paris used an EU rule which allows it to protect its interests by temporarily restricting certain imports to maintain the ban.