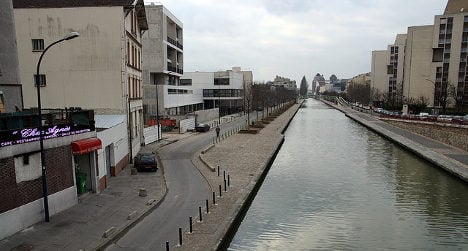 The Canal de l'Ourcq where the couple, both aged in their 80's, reportedly attempted to commit suicide on Monday. Photo: Christophe Alary

According to reports, the couple, both in their 80s, drove their car into the Canal de l’Ourcq at Pavillons-sous-Bois just a few kilometers from their home in the Raincy suburb of Paris, at around 9.30am on Monday morning.

The 84-year-old woman was killed, but her 80-year-old husband survived after being pulled out of the canal alive.

“The woman is dead but the man is safe and sound,” a police source told French media.

A letter explaining their intention to commit suicide was later found by the couple’s cleaning lady.

News of the tragic story comes just a week after France was shocked by the suicide of a family of four, including two young children, in a hotel room in Bordeaux.

The parents had  apparently been in financial difficulties following a fire at the supermarket run by the father. The couple apparently poisoned their adolescent children before hanging themselves in the hotel room.