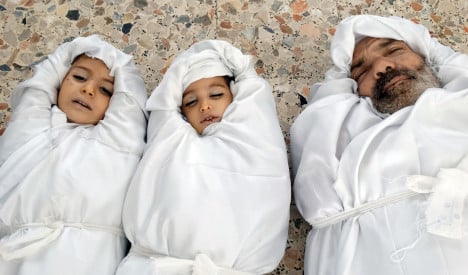 "All the information at our disposal converge to indicate that there was a chemical massacre near Damascus and that the Bashar regime is responsible," Fabius said on a visit to Ramallah in the West Bank.

The government of Syrian President Bashar al-Assad denies it unleashed chemical weapons on Wednesday near Damascus despite claims by the opposition which says 1,300 people were killed in the alleged attacks.