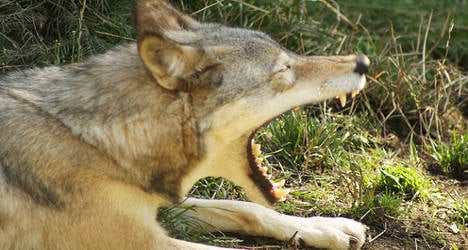 Bring in the Americans? France's wolf attacks on sheep are on the increase and the hunters have had no luck tracking the killers. Photo: ArranET/flickr
"In France, no one knows how to hunt wolves!" cried Laurent Cayrel, head of Var prefect in Provence, as he met with sheep farmers recently. Cayrel proposed that local authorities call in experienced hunters from the US and eastern Europe to try to stem the rising number of attacks on sheep.
"I wanted the hunters to feel competitive, but the idea was a serious one," Cayrel later told the Sud-Est newspaper.
He may be joined by others in calling for armed intervention from hunters from across the pond if the so far fruitless attempts by locals to kill the wild animals continues for much longer.
Not a single wolf was killed during a recent 150-man hunt to cull the animals in the nearby military camp of Canjuers, in Provence where up to 80 percent of all wolf attacks in France have taken place. The military allows farmers to let their sheep graze on the plateau in Provence, which houses western Europe's biggest military training ground.
And a plan to cull 24 of the predators in the region has so far only resulted in one dead wolf and one injured one.
Calls to bring in foreign hunters is not the only original idea put forward to tackle the problem of wolf attacks in France. Earlier this year The Local reported how the French goverment launched a plan to 'educate' the animals not to kill the sheep.
Other regions in France have also seen a surge in wolf attacks on animals recently . Europe1 reported that attacks in Mercantour National Park near the Italian border have gone up by 18 percent in one year, while farmers in nearby Drôme region say more than 2,200 animals have been slayed in the past twelve months – three times as many as the year before.
"It is impossible to defend ourselves," Drôme farmer Jean-Pierre Royannez told Europe 1. "We've tried everything without success. The wolves adapt, the attacks are multiplying and today no one has any control over the situation."
"This will mean the end to cattle farming in many areas across all of France," the exasperated farmer added.
There presence of wolves has been noted across the country – with registered sightings in 17 different departments – including the Aube just 200 kilometres east of Paris.
Back in Var, the prefect Cayrel said they would now employ a new technique to kill the wolves after the Canjuers mob came home empty-handed. In September, local hunters will go on patrol at night with infrared glasses to protect the sheep. 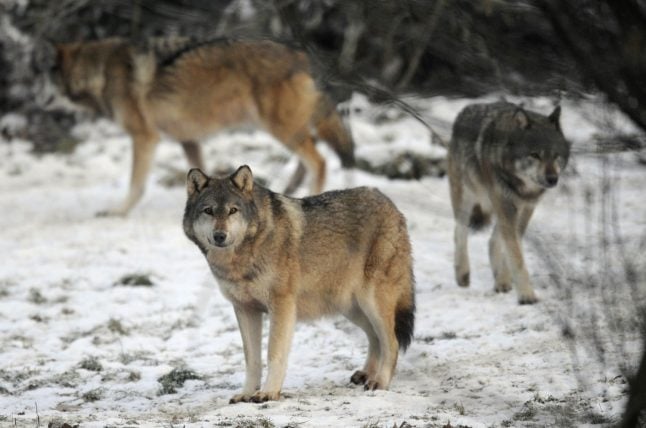