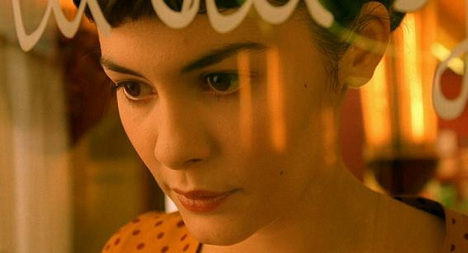 Amelie to be turned into a musical. Photo: Gua_com/flickr

The 2001 hit French film "Amelie," beloved by audiences at home and abroad, is headed for Broadway, according to US composer Dan Messe.

Few other details have emerged on the stage version of Jean-Pierre Jeunet's internationally acclaimed film, which cast a nostalgic eye on contemporary Paris and catapulted actress Audrey Tautou to stardom.

"So not the best kept secret, but still I'm happy to announce that I've been commissioned to adapt the film 'Amelie' for Broadway," Messe wrote on his band Hem's Facebook page last week, after several leaks in the trade press.

Messe will collaborate with playwright Craig Lucas and composer Nathan Tysen on the adaptation, according to the post.

The film, which sold 8.6 million tickets in France and earned $152 million worldwide, tells the story of a shy waitress who sets out from Paris's Montmartre neighborhood on a mission to make others happy.

"Amelie" won four Cesar Awards in France and was nominated for five Oscars, including best foreign language film, although it went home empty-handed.