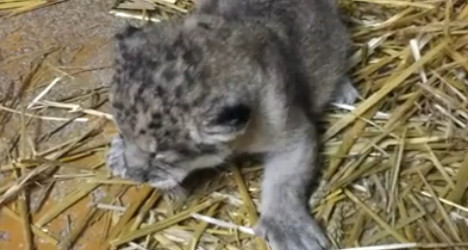 A rare Asiatic lion cub, whose species is endangered with only about 350 in the wild, has been born at a zoo in the French city of Besancon, officials said Thursday.

"It's a baby girl, she is in great shape. We are observing her in the big-cat house from a distance thanks to a system of cameras," Gerard Galliot, chief conservationist at the zoo at the Citadel of Besancon, told AFP.

The cub was born on August 14 and weighs about 1.5 kilogrammes (3.3 pounds). She is expected to reach a weight of 130 kilogrammes (285 pounds) within two years.

Her father Tejas, born at a zoo in the British city of Bristol, arrived in Besancon, in eastern France, in 2008, while her mother, Shiva, was born in Besancon in 2005.

Listed as endangered on the International Union for Conservation of Nature (IUCN) Red List, the Asiatic lion (panthera leo persica) was once widely distributed across southwest Asia but is now restricted to a single population in India's Gir Forest.