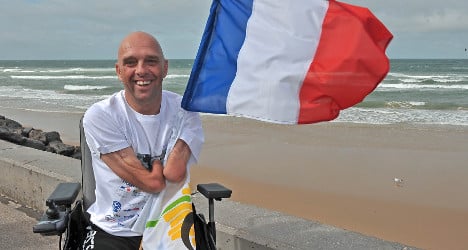 "More than 200 years after the French revolution, a whole section of our country’s citizens are still asking for freedom, equality and brotherhood" - Philippe Croizon. Photo: Philippe Huguen/AFP

Philippe Croizon, a renowned French adventurer who made history in 2010 by becoming the first quadruple-amputee to swim across the English Channel, hit the headlines earlier this month when his custom-designed, €24,000 wheelchair was stolen from him.

The theft caused outrage in France, with politicians, activists and members of the public expressing their disgust at the thieves, before the wheelchair was eventually returned to its rightful owner.

Croizon, however, used the episode as an opportunity to lament that France’s social security system reimbursed him just €3,000 for the crucial equipment, despite the fact that “on average, an electric wheelchair costs about €10,000.”

In the last two weeks, Croizon appears to have received countless letters and messages from other persons with disabilities, sharing their struggle to survive and thrive in France.

On Tuesday, Croizon took to his Facebook page to share an extraordinary and moving open letter to French Prime Minister Jean-Marc Ayrault, demanding the government do more for the country's disabled minority.

Here it is in full, as translated by The Local.

Following the unfortunate theft of my wheelchair, many French people have written to me.

They have attested to their helplessness regarding their disability, their powerlessness in the face of bureaucracy, and their dismay when it comes to the small insurance rebate they get for their wheelchair.

Since the expeditions I’ve led on five continents, I travel a lot throughout France and abroad – for conferences, seminaries and congresses on the question of the handicapped.

I travel around between businesses, schools, universities and local councils, reassuring my companions in misfortune, and forcing attitudes about disability to evolve.

Every time, I notice the same thing : the fear and misunderstanding of able-bodied people when confronted with the situation of a handicapped person, and caused by their unfamiliarity with the world of disabled people.

And every time, Mr. Prime Minister, people come up to me and tell me about the difficulty they have living with their disability in our society.

Here is the painful reality: More than 200 years after the French revolution, a whole section of our country’s citizens are still asking for three things.

Fraternité: A Fraternité with a decent income, the fraternité of proper subsidies.

"A national campaign to change attitudes."

The law of February 5th, 2005 was, at its creation, an ambitious law. But unfortunately, it hasn’t been followed by political stewardship or proactiveness at the highest level.

Today, the executive branch must show true political will, and make it possible for those on the ground to really put into practice what the text of the law says.

To that effect, it seems urgent to me to start a national campaign – a campaign of mass information which will help to change attitudes on this issue.

I have a dream.

I dream of a society where people with disabilities will no longer ask themselves the following questions:

"Can I go to the cinema? Can I go shopping? Can I use public transport? Can I go out into the world of work?"

I dream of a society where people with disabilities can say to themselves:

"I am making my way in the world of work, with all the skills I’ve acquired from all my education and training, without any fears, just like everyone else!"

"France must be an example to the rest of the world."

We must help, guide and direct businesses to put in place training for people with disabilities, in order to allow them to discover the skills they need for an active life.

My dream is that a disability will no longer be stigmatised as an inability to be productive and active.

My dream is that companies be exonerated from employer charges for one year, if they hire a person with a disability, so we can encourage closing the gap between these so-called two worlds.

That will allow nervous companies, and those who are afraid of the unkown, to come together and so eradicate the fears that exist on both sides.

My dream is that when it comes these matters, my country would be an example to the rest of the world, and show that it supports human rights.

I dream? No, WE dream, of that society.

People with disabilities want to be active and productive members of our society, and not to continue to live, as is the case for too many of them, confined to a life without hope, under the poverty line.

But it’s not only up to us if this dream is to become a reality.

I ask you, we ask you, solemnly, Mr. Prime Minister, to propose to the President of the Republic that disability be positioned as a national cause in 2014 or 2015. 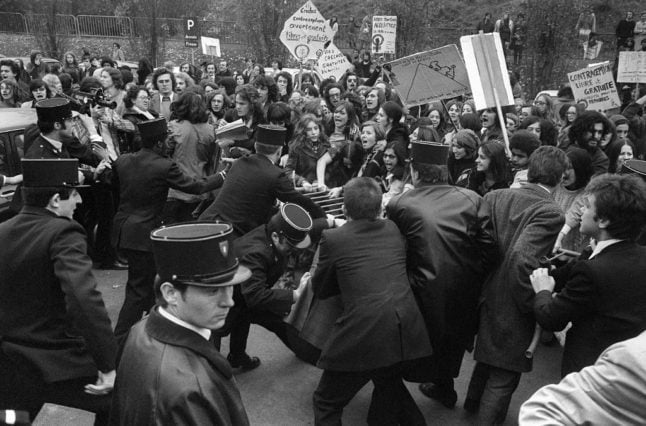