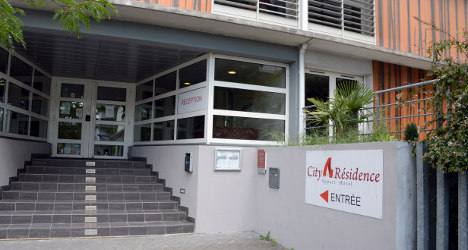 The City Résidence hotel in the Chartrons neighbourhood of Bordeaux, where a family of four, including two teenage children, were found dead on August 19th. Photo: Jean-Pierre Mueller/AFP

A police source told AFP the bodies of a 45-year-old man and a 43-year-old woman were found hanging after an apparent suicide in a room on the third floor of the hotel, named as City Résidence by French daily Le Parisien.

Alongside them were the bodies of two teenagers, aged 13 and 16, lying in a bed.

The causes of death of the teenagers were not immediately clear and no further details about their identities were available.

Regional daily Sud Ouest, however, claims that the children had been been drugged before dying, and French daily Le Parisien said the teenagers had been "visibly poisoned."

A police source said the bodies were found after 12.30 pm on Monday and that a note had been left on the hotel room door reading: "Do not enter, call the police."

The source said the two adults had left a suicide note.

The family, believed to have been from Quimper, in Brittany, had been staying in the 80-room hotel in the Chartrons neighbourhood of Bordeaux since August 11th.

One neighbour expressed her shock, speaking to Le Parisien. "This is a very calm neighbourhood, and we see a lot of holiday-makers around here," said Liliana, who lives in a building next door to the hotel.

"This is really shocking. We heard nothing, and then when we saw the emergency services, we asked ourselves what had happened."