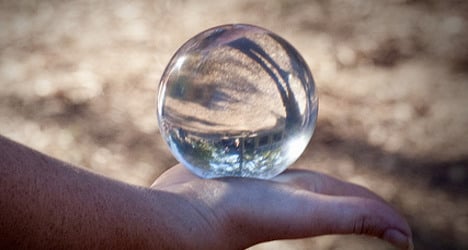 The final assignment French president François Hollande set his ministers before their summer holidays was to look into the future and predict what France will be like in the year 2025.

It was a task carried out with gusto by certain members of the cabinet, whose imaginitive, some would say ridiculous prophecies were leaked to the media this week.

From full employment to a police force armed with the latest technology to the creation of a French rail version of Airbus, cabinet ministers had some pretty lofty ambitions for the country in 2025?

But what else might change in France in 12 years time?  Here The Local asks ten questions about what the future holds for France.

What fate do you predict for France by 2025? Join the debate by sharing your thoughts in the comments section below.