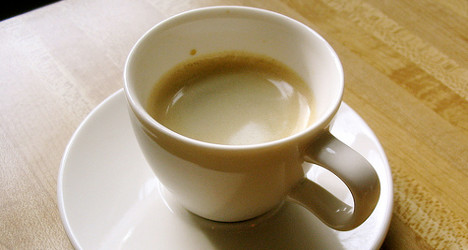 The price of a coffee in the French capital has long been a source of complaint among tourists and Parisians alike.

But staff at Town Hall have come up with a tool that should put an end to our grumbling.

This week they published an interactive map on their website of all the cafés, bars and brasseries where you can get a coffee for just €1 or less.

Throughout the 20 arrondissements in the French capital there are 164 establishments that offer coffee for €1.

The cheapest coffee in the capital can be found in the 17th arrondissment at the Café des Petits Freres, and will set you back just 45 cents.

The popular Caravane bar on Rue Fontaine au Roi in the 11th offers a shot of caffeine for just 90 cents.

And even on the chic Rue de Rivoli it's possible to get a cheap coffee with Cafe Livres selling espressos for €1.

According to a study by Gira Conseil, published earlier this year, the average price of a coffee in the capital stands at €1.89.

The list was put together after Town Hall appealed via social media for Parisians to send in the names and addresses of places where you can get a cheap coffee.

However, before tourists get too excited the prices are just for an average shot of coffee so don’t expect to pay €1 for a café crème or café au lait.

Meeting a friend for coffee in Paris? Save your centimes by consulting this interactive map, hosted by Paris Data.