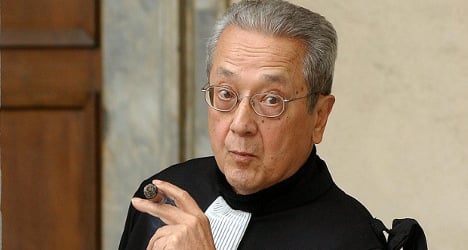 Jacques Verges, the provocative French lawyer who earned the nickname "Devil's advocate" by defending a series of high-profile criminals from Klaus Barbie to Carlos the Jackal, died in Paris on Thursday aged 88.

Verges died of a heart attack around 8:00pm (1800 GMT) in the house where 18th century enlightenment philosopher Voltaire once lived – an appropriate setting for an iconoclast who devoted his life to defending unpopular causes, according to his publishing house Pierre-Guillaume de Roux.

"The ideal place for the last theatrical act that was the death of this born actor who, like Voltaire, cultivated the art of permanent revolt and volte-face," said the publisher in a statement.

Christian Charriere-Bournazel, the head of France's main bar association, told AFP that Verges had lost a lot of weight and mobility since a fall a few months ago.

"We knew the end was near but we didn't know it would come so soon," he said.

Born in Thailand in 1925 to a father from Reunion island and a Vietnamese mother, Verges was a communist as a student and later supported the Algerian National Liberation Front in its fight for independence from France.

After securing the release of Algerian anti-colonialist militant Djamila Bouhired, he married her.

Verges went on to become a high-flying lawyer, making headlines around the world thanks to a client list that includes some of the most infamous names of modern times: Nazi war criminal Klaus Barbie, Venezuelan revolutionary Carlos the Jackal, former Iraqi deputy prime minister Tariq Aziz and ex-Yugoslav leader Slobodan Milosevic.

One of his last high-profile cases was the defence in 2011 of his long-time friend, Cambodia's former communist head of state Khieu Samphan, who faced charges of crimes against humanity over the 1975-1979 Khmer rule.

Then aged 86, the short, bespectacled Verges delivered a pithy riposte to prosecutors who had spent two days detailing the horror the country suffered under the Khmer Rouge regime, during which up to two million people died through starvation, torture and execution.

The prosecution's version of events "sounded like a novel written by Alexandre Dumas about what happened in Cambodia," said Verges in a 10-minute speech, laced with a hint of irony and an occasional suppressed smirk.

Attacking prosecutors' "fantastical view of reality", he told the court: "Remember what monsieur de Talleyrand, Napoleon's foreign minister, another bandit, said: 'Everything that is excessive is vain'."

"Everything you said was excessive and therefore vain. May the tribunal remember that. I hope I haven't wasted your time, thank you very much," concluded Verges in a trademark summing-up.

Verges' life story reads like a novel, but there is one chapter that he prefers to leave unopened: from 1970 until 1978, when he left his wife and children and disappeared.

He has referred to this period as "the dark side" of his life, leading to much speculation about these missing years.

Among the more persistent theories are suggestions that he fostered ties with Palestinian militants, that he passed through Congo — or that he lived in Khmer Rouge Cambodia.

Verges himself said he "passed through to the other side of the mirror."

"It's highly amusing that no one, in our modern police state, can figure out where I was for almost 10 years," he told German newsweekly Spiegel in a 2008 interview.

On his return, he became the champion of extremists from both left and right.

He was an advocate of Palestinian violence against the "imperialism" of Israel but he also defended neo-Nazi bombers and leapt at the chance to expose what he saw as establishment hypocrisy in the Barbie trial.

Most of his clients lost their cases but Verges' flair was in courtroom provocation, attacking the prosecution and maximising the publicity of his defendants' cause.

Once asked by France Soir in 2004 how he could defend Saddam Hussein, after he said he was prepared to represent the Iraqi dictator, Verges replied: "Defending Saddam is not a lost cause. It's defending (then US president George W.) Bush that is the lost cause."

Verges, a lover of thick Robusto cigars and author of some 20 books, had his colourful life portrayed in the 2007 Cannes Film Festival documentary "Terror's Advocate" and starred in his own play in France, called "Serial Defender."

In his Spiegel interview, Verges caused a storm when he said "I would have defended Hitler." 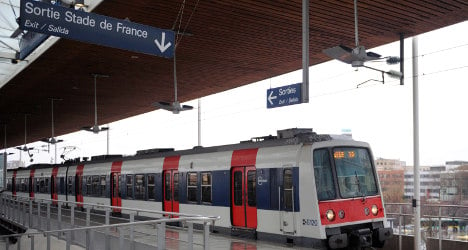