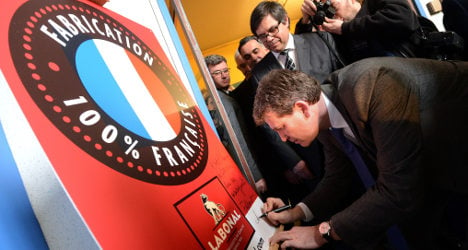 The success of a drive by the French government to promote “Made in France” consumer goods and products depends partly on the willingness of French consumers to invest a little extra money for the sake of economic patriotism, and creating new jobs in France.

But how much is too much?

A study by two economists from CEPII, the Paris-based Centre for Economic Forecasting and International Information, suggests that consumers might need to be passionately patriotic, or pretty well-off, to buy French only goods.

The findings of the study will make grim reading for French manufacturers, as well as the Socialist goverment, which has made buying “Made in France” products a major plank of its economic policy since coming to power last May.

According to economists Charlotte Emlinger and Lionel Fontagné, authors of the “(Not) Made in France” study any household looking to purchase “Made in France” products rather than those made in foreign countries, would face €100 to €300 extra expenditure per month.

That’s between €1,270 and €3,770 extra every year, an amount not to be sniffed at in a time of economic crisis and record-high unemployment levels.

The study also found that although products made in low-cost, low-salary countries only account for 25 percent of French consumption, replacing them with French-made versions would be dear.

“A quarter of our consumption comes from outsourced goods, and allows the consumer to achieve significant gains in their purchasing power,” said the study.

One interesting point the study reveals is that 71 percent of the added cost of buying French would come just from replacing goods made in China.

Not so, Fontagné told The Local.  “This argument is totally wrong. Firstly, when French manufacturers are competing with low-wage workers in other countries, they tend to robotize the production of their goods, and use machines to cut costs, and obviously this doesn't create employment,” he said.

“Secondly, if a French household were to spend €300 extra each month on French-made products, the reality is that that's €300 that they will not spend elsewhere in the French economy, and the service industry suffers in particular from this,” he added.

“For example, think of the couple who buy a new car, but decide not to go out to eat at restaurants for the next few months. Their purchase helps one part of the French economy, but harms another,” said Fontagné, an economics professor at the Sorbonne.

The study will not impress Arnaud Montebourg, France's Minister for Industrial Renewal, who famously posed last year on the front cover of Le Parisien magazine in a typical French Breton sailor's shirt, urging the public to buy French.

His call to arms appeared to have a dramatic affect with the Brittany-based firm Armor-Lux, which makes the shirts, seeing a 65% jump in sales.

Montebourg was forced to dismiss concerns from the World Trade Organisation that his call amounted to patriotic protectionism. Montebourg then slammed the WTO for failing to do more to halt unfair competition from China.

But French political parties have been accused of not practicing what they preach.

Back in February, 2012, The Local reported how the country’s major political parties appeared to have been talking the talk on economic patriotism, without walking the walk.

An investigation found that mugs, t-shirts, and other campaigning materials used by the far-right National Front, Socialist party, and centre-right UMP, were made in China, Thailand, Bangladesh and Morocco, as well as France itself.

The “Made in France” brand did however receive a boost earlier this year from an unlikely source – the US chat show host Oprah Winfrey.

Oprah posted a pic on Twitter of her French made low-fat fryer, claiming it had “changed her life”, which then provoked a surge in the share price of the manuafacturers Seb. 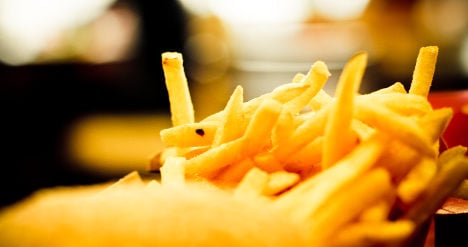