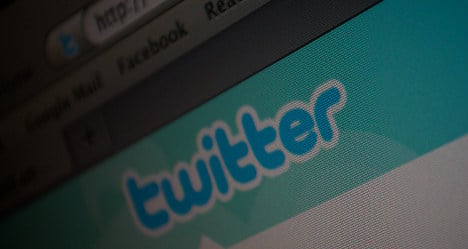 Shocked French Twitter users and gay rights groups have reacted angrily to the emergence of the hashtag “#LesGaysDoiventDispaîratreCar” (“Gay people must die/disappear because”), that trended over the weekend.

The organisation SOS Homophobie, which fights anti-gay speech and violence, has launched a parallel campaign online, encouraging users to point out and report instances of the phrase.

The French committee of IDAHO (the International Day Against Homophobia and Transphobia), announced on Monday that it would be filing a legal complaint against the US-based microblogging site for allowing “the diffusion of a call for hatred against gay people.”

“This is a completely blatant call for the death and murder of gay people. It is totally unacceptable,” Alexandre Marcel from IDAHO told The Local.

“We support free expression, and we understand that there are some people who simply don’t like gay people, but this is a call for the extermination of the gay community,” he added.

“Could you imagine being a 17 or 18-year-old gay person logging on to Twitter, which, remember, is most popular among young people, and seeing messages that call for you to be killed?," Marcel added.

A second hashtag, #TeamHomophobes also appeared over the weekend, and on Monday, the hashtag #BrulonsLesGaysSurDu (“Let’s burn gay people”) appeared to be gaining momentum on Twitter.

For her part, official government spokeswoman and Minister for Women’s Rights, Najat Vallaud-Belkacem took to Twitter herself on Saturday, to denounce the trend.

Earlier this year, Vallaud-Belkacem joined French gay rights groups in meeting with representatives from Twitter, to discuss a recent spate of hateful trending topics on the microblogging site.

This isn’t the first time in recent months that Twitter has been embroiled in a controversy in France surrounding hateful messages.

In July, The Local reported how the US website was forced by a French court’s ruling to hand over information identifying Twitter users who had published anti-Semitic comments, including under the term #UnBonJuif (A good Jew).

Speaking after the court’s decision in January, lawyer Philippe Schmidt told The Local that remarks made on Twitter should be treated the same as if they were made in any public forum.

“Having freedom of speech does not mean you have a right to say what you want and a right to hide behind your anonymity.  People on Twitter do not need to be anonymous. They should not have special treatment. It should be the same as if they said it on the street,” he said.