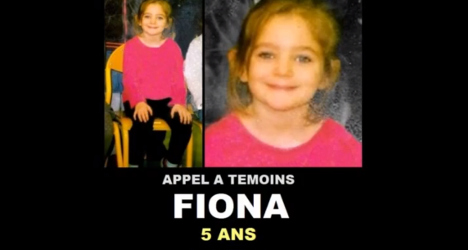 An online "appeal for witnesses" to the disappearance of five-year-old Fiona from a park in Clermont-Ferrand, central France, on May 12th. Photo: Solidaire Alerte/Youtube

Three months to the day after her daughter Fiona went missing from the Montjuzet park in the central city of Clermont-Ferrand, Cécile Bourgeon has publically revealed her anguish at “leads that have gone nowhere.”

The 25-year-old did, however, renew her appeal for information that may help to recover her daughter.

“We’re still waiting for a solid lead. It’s very hard, but I have to keep fighting,” she added.

“Where I’ve been disappointed is that there have been so many testimonies which have led nowhere.”

“But if someone does have information, they must come forward,” said Bourgeon.

Fiona has been missing since May 12th, when she was with Bourgeon in the Montjuzet park in Clermont-Ferrand.

Bourgeon, who is expecting a child at the end of this month, and was already heavily pregnant in May, dozed off for a few minutes while lying on the grass, before waking to find that her daughter was nowhere to be seen.

After police initially scoured the 26-hectare park, scores of soldiers, firemen and police reinforcements were drafted in to join the search.

On the night of Fiona’s disappearance a helicopter, fitted with a special thermal imaging camera, circled above the city looking for any sign of her presence.

Because searchers found no sign of her, police two days later opened a formal investigation into “kidnapping and false imprisonment”.

“By deduction, our primary theory…is that she could have been kidnapped and left the park with an adult,” local prosecutor Pierre Sennes told French media at the time.

Since then, investigators have received hundreds of calls and alleged sightings of Fiona, all of which have proven groundless upon inspection, something which Bourgeon on Monday described as frustrating.

“Maybe [the leads] come from a good place, but I’m sick of not having anything solid,” she said.

Fiona is "light skinned", has blonde hair, stands around 1.10 metres tall and at the time of her disappearance was wearing a black tracksuit which had the white logo "Hello Kitty" written on it.

Anyone who may have information on her whereabouts is encouraged to Freephone 0800 958 081. 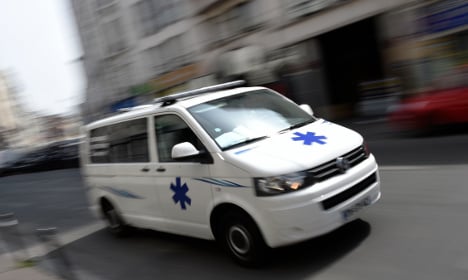