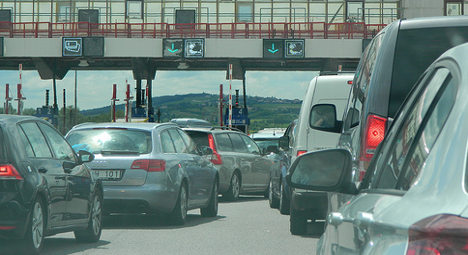 As thousands of people in France escape for their summer holidays this August, heavy congestion is expected on the country’s motorways, with the heaviest traffic expected in the south east of the country.

Here’s a round-up of the situation on France’s roads this weekend from the traffic forecasting website Bison Futé:

• A black alert, the most extreme kind of traffic warning, has been issued for departing traffic in the south east, with the worst traffic expected on the A9 motorway along the Mediterranean coast.
• Elsewhere in the country, departing traffic is subject to a red alert, the second highest form of traffic alert, in both directions, meaning that traffic will be very heavy and difficult.
• The red alert will also apply to returning traffic across the country.

• Departing and returning traffic is expected to flow normally, with the exception of the far south east which will be subject to an orange alert.