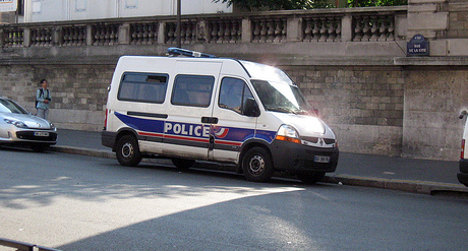 The 19-year-old youth was left fighting for his life after being gunned down on Sunday night near the town of Giffaumont in north-eastern France.

Doctors at the hospital he was being treated in had already declared he was brain dead, but on Wednesday he was officially pronounced dead after failing to show any sign of life.

The victim, named only as Jonathan by French media, had been in a Peugeout 206 convertible, on his way to a night out with three friends, when they came across another car at a rural intersection, in the Lac du Der area of Marne.

According to preliminary reports cited by local daily newspaper l’Union, an altercation ensued when Jonathan and his companions were accused of refusing to give right-of-way to the other vehicle.

Insults were exchanged before both sets of youths got back in their cars and drove on.

However, after pulling into the car park of the nearby Croc O’ Der restaurant, the victim and his pals were confronted by their assailants.

The driver of the second car allegedly emerged with a rifle and shot at the Peugeot, hitting Jonathan in the head before fleeing along with his cohorts.

Two men aged 19 and 22 turned themselves in to local police on Monday, and one of them is believed to be the shooter, according to sources cited by French radio Europe 1.

On Wednesday the suspected gunman was charged with murder and remanded in custody. His brother-in-law who was allegedly driving the car and helped him flee the scene has been charged with complicity to murder

De Caigny denounced the incident as “a terrible moment of road rage and stupidity, exacerbated by the heat.”

Sunday’s shocking attack is only the latest incidence of road rage to have violently escalated in France in recent weeks.

Last month, The Local reported how a cyclist in Paris survived being shot twice after a dispute with a pedestrian in the city’s 20th arrondissement.

The shooter fled the scene, but if apprehended could face charges of attempted murder.

One week earlier, a motorist in Paris was left fighting for his life after being stabbed four times in the face, abdomen and knee during a dispute with another driver at a red light on Rue Daumier in the city’s 16th arrondissement.