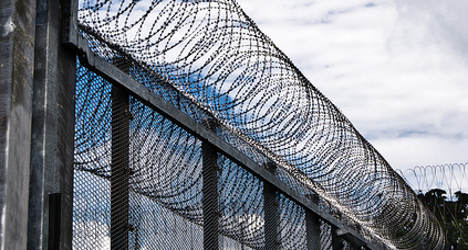 Hundreds of prisoners could be released from French jails on a technicality. Photo X1klima/flickr

France’s politicians came in for some flak this week after it was revealed a court ruling could lead to the early release of possibly hundreds of prisoners in the latest furore to hit France's strained judicial system.

Weekly satirical newspaper Le Canard Enchainé, known also for its investigative journalism, claimed on Wednesday that a recent ruling by the Court of Cassation,- effectively France's supreme court – could have a dramatic impact.

In June this year, the newspaper reports, the appeal court judged that a right-wing government's 2004 decree on the statute of limitations – the period of time after a crime is committed in which a suspect can be convicted – was null and void.

The decree was made by a previous Minister of Justice to prevent suspects walking free if they had not been brought to justice within a certain period of time after the crime – which stands at 20 years for felonies and 5 years for minor crimes or misdemeanours.

However, the court of appeal, asked to rule on the case of an Albanian man sentenced in absentia to life in prison in 1989, ruled the decree was illegal because any change in law must be ratified by parliament and not simply by decree.

“I am extremely concerned by the negligence of successive governments on the Right, who have taken considerable risks to the security of French people and to the protection of victims,” she said.

Taubira told BFMTV on Wednesday, however, that she would ensure no dangerous criminal would be released.

According to reports in French media, a total of 3,499 prisoners could be eligible for release. So far, out of the 800 or so cases studied, six inmates have been set free.

“This is not a miscarriage of justice, it is a failure of the government and the Ministry of Justice at the time, who by taking this decree, made a mistake,” USM president Christophe Regnard told France Info radio.

“I cannot help but think what the politicians would be saying today if it had been judges that had ballsed up this order,” he added.

The blunder could spell further problems for the state with those wrongly jailed likely to launch lawsuits against the government.

The revelation comes just days after headlines in France were dominated by the release of three convicted criminals in the town of Dreux, simply because authorities could find no places in prison for them.

In June, The Local reported how France’s prison population had swelled to record levels provoking prison guards to stage a walkout and blockade jails across the country.

And in the same month the penal system was left rad-faced when a judge freed a prisoner because his cell was exposed to wind and rain.