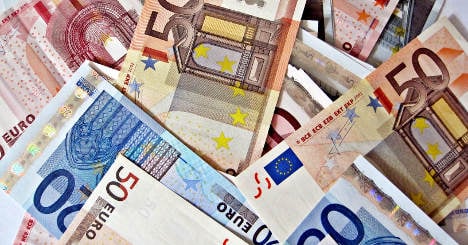 The IMF has told France to cut spending, ease austerity and raise taxes. Will it be possibile? Photo: Images of Money/Flickr

France needs to slow down the pace of austerity to help the recession-hit economy return to growth, the International Monetary Fund said in a report released on Monday.

In its annual review of the eurozone's second-largest economy, the IMF also said France needs to cut its spending more, but without raising taxes, saying they are already "among the highest by international standards".

"By the end of 2013, the government will have completed two-thirds of the effort … to bring deficits to a stable position. Given this track record and the still hesitant recovery, the government should ease the pace of adjustment," it said.

As France struggles to get its deficit under control, President Francois Hollande last month said "the economic recovery is here", but said he could not rule out tax increases to help balance the budget. But the IMF advised against such a move, saying it could hamper both investments and the creation of new jobs.

In June, the number of jobseekers in France rose to a new record of 3.28 million, marking an 11.2 percent leap year-on-year and was the 26th consecutive month of rising unemployment.

The IMF also warned that France is expected to end the year in recession, with Gross Domestic Product (GDP) contracting 0.2 percent in 2013, and predicts only a sluggish 0.8 percent growth next year.

"Fiscal consolidation remains very substantial in 2013, and output is projected to contract slightly this year and to grow moderately in 2014."

In addition, it expects France's public deficit to come in at 3.9 percent of GDP in 2013, contrasting with the government's own forecast of 3.7 percent.

Last week, however, Finance Minister Pierre Moscovici indicated that it might come in higher.

Meanwhile, the IMF gave France top marks for its job market reform, which has lead to lower labour costs and greater security for workers, and said it paves the way for broader reforms.

Another point of concern the IMF pointed to was the lack of competitiveness, warning that high wages are hurting French companies which in turn are prevented from lowering their product prices or to make investments.

"In the face of a trend decline in total factor productivity growth since the 1990s, real wage growth in France has been sustained at the expense of the share of income going to profits."

Earlier Monday, data from survey firm Markit showed that French business activity shrank further in July, but at the slowest pace for 17 months, coming in at 49.1, up from 47.4 in June.