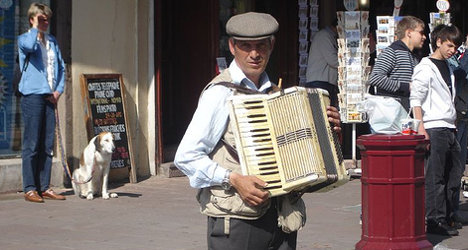 Do we romanticise too much about France? The Local readers give us their views. Photo: Niki atm/flickr

Piu Marie Eatwell, the British author behind the new book 'They Eat Horses, Don't They? – The truth about France' wrote in The Local last week that it was time for Anglos to stop romanticizing about France.

This "mythical" country where the women are all slim, the cuisine is the best in the world and the children are well behaved, just does not exist in reality and it's time we all realized it, the author argued.

As expected, her words, which were just a taster of her new book, provoked a flurry of reaction on The Local's website as well as on Facebook and Twitter with readers expressing both anger and delight at Piu Marie Eatwell's views.

Here's what you had to say in response:

Reader David Battambong, commenting on the article said: "People write rubbish about France and you Brits do it a lot more than anyone else."

He went on to attack the author, saying: "French people may eat horsemeat, but wow, that is better than watching this dead horse flogged for the zillionth time for the UK public.”

Another commenter named 'Aphrodite' wrote: “I lived and studied in France for 4 years….and was more than happy to leave. What the author says is really not news at all. And I will add one more thing: French guys are not romantic, nor good kissers….at least not more than any other guy.

“And as for being friendly…. well, they are not. My German boyfriend speaks fluent French – albeit with a slight accent. Often French people would pretend not to understand or speak VERY basic French as if he were a moron. I am 'lucky' to speak the language without an accent and often get mistaken for a French girl… dramatic change of attitude in waiters, shopkeepers, etc… as soon as I order or ask for things.

“Really, I speak many languages and have been in a lot of places and never ever have I witnessed such an attitude anywhere else.

A commenter named 'View Point' questioned whether the author was simply engaging in a bit of "personal therapy" through writing the book: “I am amazed! According to the author, romanticized myths still linger in the collective mindset. In this age of the internet, can we not see for ourselves?

"The percentage of overweight people in France in the 2012 survey published on the net is much less that 47%…it's more around 15 to 18% in each age category. This book seems more like personal therapy to me rather than the truth being told. The lure of a foreign country will always play a part in travelling abroad no matter where we go. We will have to come to terms with the clichés linked to each country by ourselves. It's part of growing up."

Another commenter named 'Monster 2000' had this to say:  “Spot on, as a French resident I couldn't agree more. Many justify their misgivings having moved to France by misquoting and viewing their life through rose-tinted spectacles.

And there was also a flurry of reaction on The Local's Facebook page:

Jocelyne Keller questioned whether those Brits who do not like living in France only have themselves to blame. “If the Brits don't like France, I wonder why so many of them live here, without speaking French: as a teacher of French for foreigners, I find this behaviour unacceptable," she said.

And Valérie Leroy Baron said: “Clichés are everywhere. In each country, there are many different people with different views on how to raise their own children,etc.”

@TheLocalFrance I read your article, I am french, my husband english and I must say I agree with you..Brits are all still dreaming….

@TheLocalFrance What a breath of fresh air all so true but not good for my holiday lets so long may the myths continue.