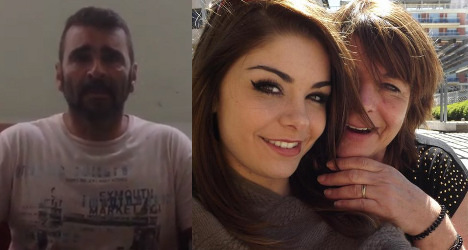 Francisco Benitez was found hanged at his work place at 7.20 am on Monday, prosecutors in Perpignan revealed.

Benitez had recently given an interview to Paris Match about his concerns for the welfare of his wife Marie, 53, and daughter Allison, 19, who have been missing for three weeks.

The Local reported last week how the pair had gone missing since July 14th from the southern French city of Perpignan, the capital of the Pyrénées-Orientales department.

Benitez, a Spaniard who was granted French nationality, left a letter and video behind, and also sent emails to his parents, bosses and friends to tell them he could not stand the suspicions weighing on him.

Benitez also expressed his anguis in a recent interview with Paris Match magazine.

“It’s been three weeks. My daughter would never go missing like that without giving news. It’s impossible,” .

“A lot of things are going through my mind. It is on the verge of exploding,” he said.

On Monday August 5th Allison was due to participate in the Miss Roussillon competition, a beauty contest for the regions of Languedoc-Roussillon, Midi-Pyrénées, Quercy Rouergue and Aquitaine, but no one has seen her or her mother for three weeks.

“We don’t understand what’s going on,” one of her friends told Le Parisien newspaper. “Allison had no reason to leave, to run away. She was so happy. She was preparing for the Miss Roussillon competition, which was her personal ambition this summer with a view to participating in the Miss France competition.”

Cindy Filipiak, organizer of the beauty pageant described Allison as the "most motivated of candidates" before adding "this is not like her at all".

A neighbour told the same newspaper: "She's absolutely beautiful. Always very well turned-out and so elegant, like her mother. She didn't go out much and never with the young people in the area, who meet in the evening in the squares. That wasn't her style."

Francisco had raised the alarm on July 15th, the day after she disappeared.

She had been due to attend a rehearsal for the Miss Roussillon ceremony that day but never showed up.

Police are now investigating what they describe as a "worrying disappearance” and later opened up an official criminal probe.

An appeal for witnesses has so far failed to shed light on what might have happened. Police say they have have no idea why the pair have gone missing and are keeping an open mind.

Five officials from the Perpignan police force are currently working on the case.

Allison is described as 1.74m and “dressed in a blue denim shorts at the time of her disappearance with an openwork vest”. Her mother, a 53-year-old woman, has green eyes and glasses, measuring 1.67m. She was dressed in trousers and a black top.”

Anyone with information about their disappearance are urged to contact Perpignan police station on 04 68 35 70 00.