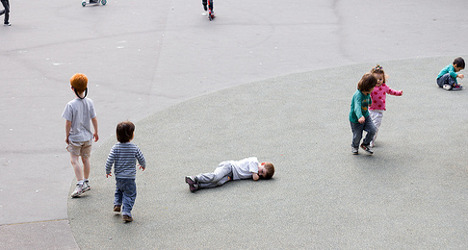 Earlier this month Senator Jean Arthuis, who is president of the council of the Mayenne department in the west of France decided enough was enough.

Arthuis, from the centre right UDI party decided the authorities could no longer deal with the number of foreign children found without a parent or guardian in his region.

The former minister under ex-French president Jacques Chirac signed a decree to “put an end to accepting any new unaccompanied foreign child” in the territory of Mayenne.

“This decree against unaccompanied foreign children is indisputably discriminatory. It is illegal and needs to be annulled,” Henry said, adding that it was a shameful first for France.

"It's outrageous. The law obliges them to look after the needs of children who in danger no matter what nationality they are.

"There is no justification for this," Henry said.

“Unaccompanied foreign children” as they are referred to in official language refers to children who for one reason or another end up without any parent or legal guardian to look after them.

They can end up alone in France for a number of reasons, whether it’s because they were abandoned by their parents or family or they may have been victims of trafficking.

Most children found in France without any parents or guardian are from India, Pakistan or Mali. In all there are around 6,000 in France, with a third of those in the Paris region.

For his part Arthuis says he took the decision because the two care centres for abandoned children were at saturation point.

“Today I no longer have the means to accommodate them," he said. "With this decree I sounded the alarm. I want to warn the government . The reception of foreign children is their responsibility not the responsibility of the regional authorities,” he added.