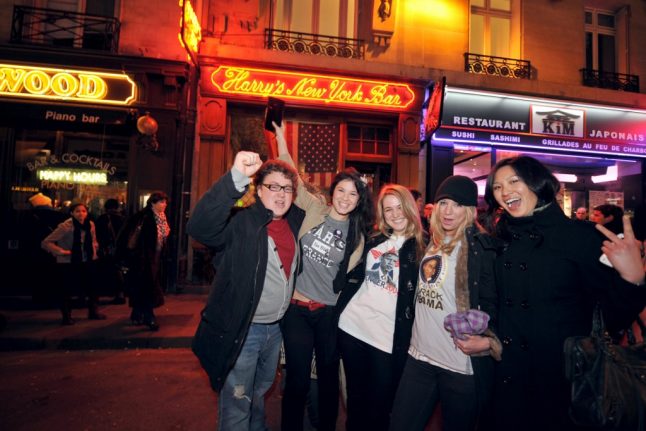 The advice that seasoned expats often give to newcomers is that if you really want to settle in France you need to make friends with the locals – that doesn't mean other expats living locally but French people – real Gallic French people.

But is it really as important as they say? Surely there's no harm in passing away the days, weeks and months among fellow Anglo boozers in an “Irish” pub. And aren't the French too reserved and uninterested in making new friends with us foreigners?

The Local France has put together a team of wise experts who have shed some light on the conundrum and we have also come up with a list of TOP TIPS for how to make friends with the French.

“Making friends in France is like making friends everywhere… you have to find people you have common ground with, and that you click with. On the other hand, I have some wonderful French friends who are very classical and I am anything but they are loyal and warm and great mates.

So I think it's all about where you are in your life, your interests, and how open you are to people and new places.  My ex-husband is French, but he was not a very social guy, so he didn't introduce me to many of my friends. My closest French mates are friends from my son's school – he is at a French school.”

“I've been amazed at how many Brits, even some living here, stick to the “great country, shame about the people” mantra when it comes to France.

“It is true, as Australian author Sarah Turnbull wrote in 'Almost French', that the French broadly make their friends for life before leaving school. The greater camaraderie of the British workplace makes it easier to develop new ones. And family life is more important here. But even in France, work, education and hobbies provide opportunities for friendship on a superficial level at least.

“Working in Paris brought me contacts that stretched in some cases beyond work contexts. Freelancing in a Med resort is more lonely, partly a function of how the job of a journalist has changed. But I am on at least stop-and-chat acquaintance with three dozen or more people around town just through daily routines. We're here for only half the year but for families relocating full time, integration at its best often derives from permanent schooling. The children's absolute need to speak French rubs off on parents.”


Helena Frith-Powell (author of three books about or set in France):

“The French will really appreciate the effort you make if you learn French. What they don’t like is people swanning in, having their houses and not getting involved in any way whatsoever in local life. For us we were here full time for ten years so the children were born and went to school here so slightly easier for us to maintain contacts here.

“The French aren’t particularly open people. They are not like the Italians who are more keen to make friends. At the same time people tend to gravitate towards other English ex-pats because it’s just easier. One has more in common with them but it is important especially if you’re living here to get involved with the local community.

“I certainly feel I’ve learnt from my French friends how to eat well very simply and easily. How to drink and how not to drink like an English person. How to take things more easy and appreciate the landscape around me. These are all things you miss out on if you don’t get involved with local French people.”

Author and columnist Samantha Brick, who lives in The Lot:

“The biggest mistake ex-pats make is that they get into friendships with other ex-pats, who they normally would not go near with a barge pole. They end up lumped with people just because they speak the same language. You then hear about them falling out and it can cause problems if they live in small rural villages.

“After I had been here for two years, I would have said that you can’t really replace the friendships you have had in the UK, with French ones. You don’t have the shared history that you did with friends from school, university or work.

“It’s very different here. You don’t socialize with French people the way you do in the UK. The whole going for a drink after work thing doesn’t really work. A lot of my ex-pat friends have children and they offer you real passport into French life.

“In general I think it’s absolutely necessary to make French friends if you really want to settle here. You don’t want to be stuck in ex-pat ghettos. You will get much more out of life here by making French friends.

“There are a lot of cultural differences, you just have to be open minded. French people can be very suspicious of you so it’s not a good idea to really throw yourself in. Don’t be too friendly too quickly. The French need to warm up to you. You are really talking about being here for a decade before you get a real friendship with them. People might say that is bollocks, but it does take a lot of time. And if you don’t speak French then it’s even more difficult.”

Stephen Clarke, author of the “Merde” series of novels, who lives in Paris:

“What I noticed from living in Paris is that most Parisians are still friends with the people they went to school with and are not really looking to meet new people. But if you find French people who have moved to Paris from elsewhere they are much more open to meeting new people.

“My best friends here are ex-pats from other countries, who have moved to France. You have something in common with them, we are all fish out of water.

“If you want a comfortable life in France, you don’t necessarily need French friends if you don’t want them. Paris is the kind of place, people come and do their own thing.

“I do have French friends as well and if you want to understand the country it is really important to mix with French people or work with them.

“They are not really into going to the pub and getting pissed, but there are plenty of French people who like talking to English people. They have all these illusions about us being reserved and polite, which is not exactly true.”

CLICK HERE for top tips on how to make French friends.