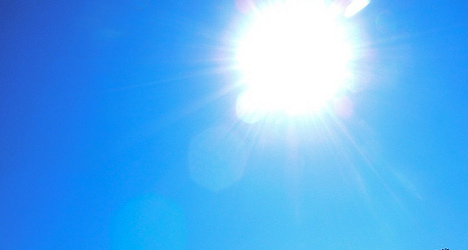 France is set for the hottest day of the year so far. Photo: Bredgar/flickr

The entire France will be baked in sun on Thursday as a mini heatwave returns forcing authorities in Paris to check on the capital's most vulnerable of its elderly population.

The mercury is set to rise above 30°C right across the country from Normandy in the north to the Côte d’Azur in the south but it will be those in the south west of the country who might be advised to stay in the shade.

“Temperatures should reach 40°C in the south west, in the forest of Landes for example and will approach the record high in the region of between 42°C and 44°C,” said Jerôme Cerisier from the weather channel Météo France.

Strasbourg in the east should see the thermometer hit 34°C and Lille in Pas de Calais will bask in temperature of 36°C.

The Paris region of Ile de France will also see temperatures of 36°C and authorities have taken steps to try and alert vulnerable elderly population to take precautions against the heat.

Ten years after a deadly heatwave in France killed 15,000 mostly elderly people and brought shame on the country, authorities in the French capital have been proactive to avert any possible fatalities among its elderly population by launching its “Chalex” programme.

Around 1,000 of the city’s most vulnerable elderly, most of whom live alone, have been contacted by authorities.

“It’s rare. Normally in the Paris region we will only see temperatures rise above 35°C once a year, but on Thursday and Friday we will see two very hot days,” said Météo France forecaster Francois Jobard.

People are advised to drink water regularly, even when not thirsty, in order to remain hydrated and not to over-exert themselves during the day.

It is also wise to avoid any physical exersion and try to cool down as often as possible by taking cold showers.

According to Météo France July 2013 was the third hottest on record after 1983 and 2006 and with two days high temperatures forecast, August 2013 has already got off to a good start.

However storms are set to bring the mini heatwave to an abrupt end at the weekend and temperatures for the rest of the month are forecast to hover around 25°C in the north and 30°C in the south of the country. 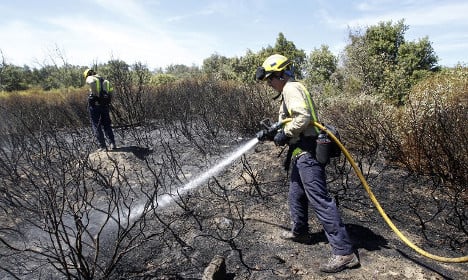 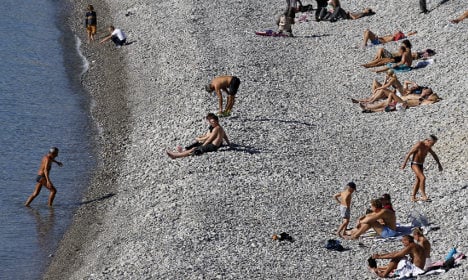