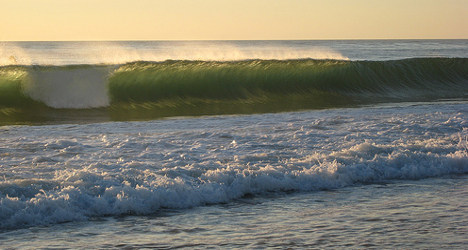 The family of a British teenager who disappeared while swimming off the southwestern coast of France said on Friday they were mourning his death after rescuers gave up hope of finding him.

Kieran Knight, 16, was swimming with his father near the town of Messanges on Wednesday afternoon when he was caught by a strong undercurrent and could not get back to shore.

A statement on behalf of his family was issued by Britain's Foreign Office.

“On Wednesday 24th July, while holidaying with his family on the Atlantic coast in South West France, Kieran Knight, aged 16, got caught by a strong undercurrent and was unable to make his way back to shore.

“Despite extensive ongoing searches by the French authorities, Kieran has not been located.

A patrol boat and three helicopters were deployed to search for the boy, but without success, France's Atlantic maritime authority said on Thursday.

Earlier this month three children died within 24 hours in the waters of the Atlantic in the Gironde region, just north of Landes. French authorities were forced to issue warnings advising parents about the dangers of children swimming in the sea.