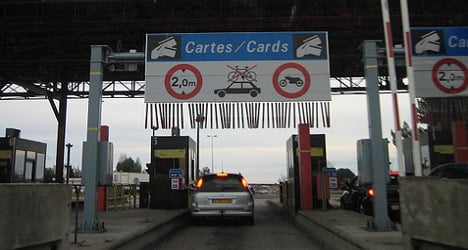 The private companies running France’s motorway network, or autoroutes as they called in France, have been criticized for over-charging motorists at tolls in a new report from national auditors released this week.

The prices of tolls have soared so high that the head of a French motorist's organisation told The Local that driving on an autoroute had no become "a luxury" for drivers in France.

France’s national audit office the "Cour des Comptes" released a report this week highlighting  the multiple hikes in the costs of autoroute tolls over the last five years which have risen at a higher rate than inflation. The auditors also criticized the state for not doing enough to control the price rises.

The auditors doubted the profits were being reinvested back into the network in order to improve the motorway system to the benefit of drivers. France's motorway network was sold off to the private sector in 2006.

The auditors who are recommending that the price rises are capped also suggest the state needs to reassert its influence when it comes to negotiating the price of tolls with the private companies.

At the moment the relationship is “unbalanced” in favour of the companies, the Cour des Comptes states.

Pierre Chasseray from driver's group "40 million d’automobilistes" told The Local the situation had become so bad that driving on a motorway in France has become “a luxury”.

“We obviously welcome this report. The prices have gone up around 10 percent in the last five years. That’s too much and motorists are being punished.

“These companies have introduced automatic toll booths to save money on employing staff but the prices have still gone up. It’s not right.

Chasseray said the issue does not just revolve around money but there is also a knock-on effect when it comes to road safety in France.

“The rise in the toll fees have also forced many more drivers to take the national or departmental roads which results in an increased risk of accident.

“The government has to take responsibility because they are the ones who handed over control of the motorways to private businesses."

And motorists who have to drive across France can concur.

Nicholas Inge, a British solicitor who travels to the town of St Brévin-les-pins in Loire-Atlantique from the ferry port of Le Havre every summer, said French motorway tolls are “bewildering”.

“I got fed up with the tolls a long time ago. I avoid the autoroutes like the plague," Inge told The Local. "With a bit of planning you will find excellent alternatives on the routes nationales with lovely vistas and plenty of pleasant stopping off places and cafes, with little if any difference to your journey time.

“They are expensive. But perhaps the most bewildering of all, the charges you pay vary from place to place."

What do you think about motorways in France? Are they worth the price of the tolls? Let us know in the comments section below.