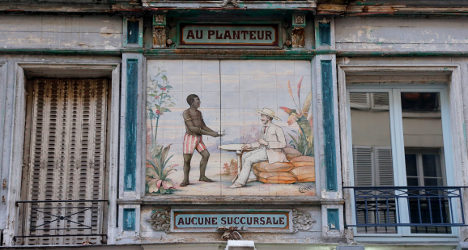 Slavery may be officially banned in France, but according to an anti-slavery committee there are still hundreds of cases – many of them unreported – of the phenomenon each year.

On Thursday the French government finally officially recognized modern-day slavery as a crime, meaning that those who hold people against their will and make them work for free, sometimes sexually abusing them, will now face much heavier sentences than before.

The Paris-based Committee Against Modern-Day Slavery says it receives more than 200 reports of enslavement in France every year, but the phenomenon is thought to be much more widespread as it often happens in private, within families.

In the bill, which was unanimously adopted by France's upper house Senate, slavery was incorporated into the French legal system as a punishable crime for the first time, with penalties from seven to 30 years in prison.

Previously courts faced with cases of modern-day slavery were only able to convict suspects on other charges — such as taking advantage of vulnerable people — that carry lighter sentences.

Almost 21 million people around the world are currently victims of forced labour, according to the International Labour Organisation.

"They hope to find a better life in France. They are vulnerable and most of the time, have no clue about our country or our laws. They are therefore easy prey for unscrupulous people."

Nafissa, whose real name has been kept hidden for safety reasons, is a case in point.

Aged 11, she came to France from Niger on a three-month visa to spend some time with her aunt. But she was enslaved by the family and never returned to her country, forced to do housework and look after her aunt's children all day.

"I had to make meals too. But I was only allowed left-overs. Sometimes, she gave me rotten food and if I refused it, I didn't get anything for one week," she told AFP.

It was only seven years later, when she suffered a serious asthma attack but was not allowed to get medical help, that Nafissa decided to escape with the help of a neighbour.

She lodged an official complaint but her aunt was only given a two-year suspended jail sentence and ordered to pay 18,000 euros ($23,800) in damages — money she never paid out.

In March, The Local reported a case involving a 25-year-old man in the Vaucluse region of southern France who was accused of paying €4,500 for an African girl, who was treated like a 'modern day slave' at his home. The 14-year-old victim was allegedly whipped with a belt and banned from going to school.

More recently in May, French President François Hollande announced that France would not be paying reparations for the role of the state-owned CDC bank in the slave trade, despite allegations that a €21 billion debt has crippled Haiti for centuries.

Reacting to the news, Louis-Georges Tin president of the country's Representative Council of Black Associations (CRAN) told The Local the French government must face the truth regarding the crimes against humanity the country committed during the slave trade and how a racist attitude towards its overseas territories has left people living in abject poverty.