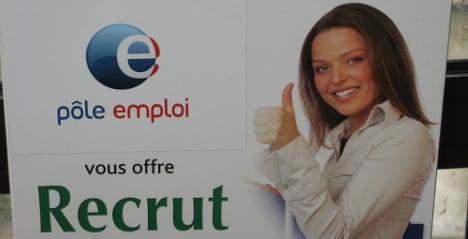 The number of job seekers rises again in France. Photo: The Local

The number of jobseekers in France rose to a new record of 3.28 million in June, the labour ministry said on Wednesday, as the country's economy struggles to gain a footing.

The increase – which follows mostly flat data in May – marks an 11.2 percent leap year-on-year, the ministry said, and is the 26th consecutive month of rising unemployment.

SEE ALSO: Top tips if you are are unemployed in France

"After a strong increase over the first four months of 2013, this moderate rise of the number of jobseekers confirms an improvement on the unemployment front," it added.

But it pointed out that the unemployment trend had yet to be reversed — a key target of President Francois Hollande, who hopes to achieve this by the end of the year.

The deeply unpopular French leader has repeatedly had to defend his track record since he was elected last year, with polls showing that the economy and jobs are the country's top concerns.

In an interview on July 14 to mark France's national day, Hollande said the country was through the worst of its economic troubles.

"The economic recovery is here," he said, pointing to a pick-up in industrial production and a modest recovery in consumption.

But with France struggling to get its public deficit under control, he has not ruled out tax increases to help balance the budget.

According to the labour ministry, the main cause of unemployment remains the end of short-term contracts that have not been renewed by companies that are more and more reluctant to take on people as permanent hires.