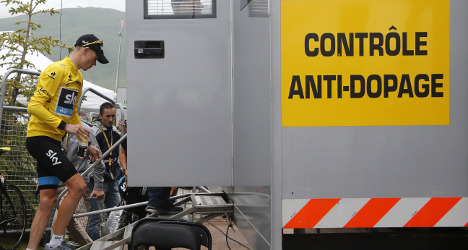 UPDATE: CLICK HERE for the results of the report

The commission made waves on May 15th by announcing that senators from the upper chamber of parliament would reveal the identities of those riders using the banned blood booster erythropoetin (EPO) during the race.

Last month, French former rider Laurent Jalabert was alleged to have been one of those implicated through comparison of retrospective testing results from 2004 and a list of anonymous samples from 1998.

Jalabert immediately stepped down as a television and radio pundit for the Tour, which started on June 29th.

Since then, there has been debate in France about the utility of naming names, with the family of the 1998 winner Marco Pantani, who died in 2004, saying they were against identifying riders.

The professional cyclists' union the CPA last Friday said that it, too, was opposed to publication.

"Publication of a list amounts… to an accusation of doping without any means of defence," the union said, arguing that no counter-analysis was possible as the original samples no longer existed.

Nevertheless, the senators are believed to be likely to publish the riders' identities and could equally include lists of samples taken on the 1999 Tour, which was won by US rider Lance Armstrong.

Armstrong was stripped of his seven Tour wins and banned from cycling for life last year for doping in a scandal that plunged cycling into crisis about the extent of substance abuse among the peloton.

The commission questioned 84 witnesses under oath, from sportsmen and women to organizers and anti-doping experts, to "lift the lid" on and "break the code of silence" over the subject.

Cycling, with its doping-scarred past, has not been the only focus, however, with attention also paid in particular to rugby.

The French anti-doping agency assessed that the sport was the most affected by doping in relation to its testing, while football and tennis were also examined.

France football coach Didier Deschamps was questioned behind closed doors while tennis came under the scanner for its relative lack of testing at an international level.

The senators are aiming to frame legislation on sport and put it before parliament for debate next year.