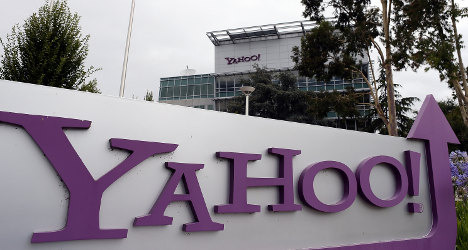 Dailymotion, the video-sharing site that was at the centre of an uproar after the French state blocked its sale to Yahoo!, will remain a unit of France's Orange, chief executive Stephane Richard said on Tuesday.

Dailymotion's place remains "within Orange," Richard said in an interview published on Tuesday in business daily Les Echos adding that the site would also receive a €30 million investment.

Industrial Renewal Minister Arnaud Montebourg, who led the campaign to scuttle a sale to US firm Yahoo! earlier this year, welcomed the announcement calling it "good news for France and for Europe."

Yahoo! Inc. had been in talks to buy a 75-percent stake in Dailymotion, which is owned by telecommunications firm Orange, formally known as France Telecom.

But the government, which holds a 27 percent stake in Orange, had insisted on a 50-50 split.

The disagreement caused a major row between business and the government.

In May Orange's Richard said the firm's management – and not the government – should be deciding the strategy for Dailymotion, owned by France Telecom, which uses the brand name Orange.

"Dailymotion is a subsidiary of Orange and not the state. It is the company, its management and its board that manages this issue," Richard said.

"I had refused Yahoo! the option of buying all of Dailymotion and we were on the verge of finding an arrangement," he said.At the time, Montebourg said he had blocked the deal because the US firm was seeking to "devour" the French company.

"Yahoo! wanted to devour Dailymotion. And we said 'No' to them," Montebourg told Europe 1 radio.

"It's in France's interest, and the interests of Dailymotion, which is a French nugget that we must protect," he added.The move caused anger in business circles and stoked worries that attempts to make France appear business-friendly were seriously harmed.

The collapse of the agreement dealt another blow to France's business image, with the outspoken Montebourg at the centre of complaints in the corporate world that France's Socialist government is anti-business.