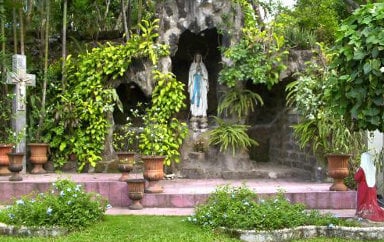 Danila Castelli was cured of severe hypertension after visiting Lourdes in 1989. Photo: Wikipedia.

An Italian woman who suffered from severe hypertension was cured after visiting Lourdes in 1989, the 69th such miracle to take place at the fabled French shrine, a Catholic official said Sunday.

Giovanni Giudici, bishop of Pavia, where Danila Castelli lives, recognized the event as a miracle last month, but flooding at the religious site in south-western France prevented the Lourdes sanctuary from publishing the news earlier.

"When the miraculous healing was announced we were under two metres of water, and then we decided not to make any official announcement," Joel Luzenko, spokesman for Lourdes, told AFP.

Tests detected several problems, including a tumour that secretes high amounts of catecholamines – hormones such as adrenalin or dopamine – in her urogenital system.

She was operated on several times without any success, the site says.

"In May 1989, during a pilgrimage to Lourdes, Danila gets out of the baths where she had been submerged and she feels an extraordinary feeling of wellbeing," the site said.

Several months later, she reported her apparent cure to the Lourdes Office of Medical Observations.

After five meetings between 1989 and 2010, the office concluded that "Mrs Castelli was cured, in a complete and lasting way, from the date of her pilgrimage to Lourdes — 21 years ago — of the syndrome she had suffered and without any relation to the treatments and the surgeries she underwent."

The case was passed on to the Lourdes International Medical Committee, which counts some 20 doctors and which certified that the way she healed remains "unexplained according to current scientific knowledge".

Then the bishop of Pavia last month officially declared the cure "prodigious-miraculous".

This is the 69th such miracle attributed to Lourdes since the late 1850s.

The 68th was that of an Italian nun who had been paralysed for years and started walking after a pilgrimage to Lourdes in 1965. Her case was officially recognized as a miracle last year.