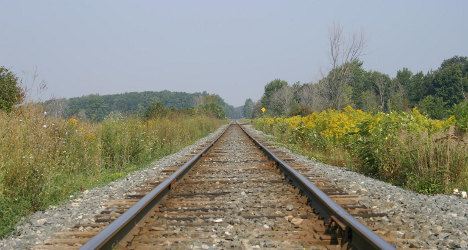 Part of a freight train carrying gravel went off the tracks on Tuesday morning near the town of Saintes, in the Poitou-Charente department of western France.

“It is a freight train carriage which went of the rails,” a spokesman for national rail company SNCF was quoted as saying by France TV. The wagon is believed to have come off the tracks just 150 metres short of the station's platforms.

“From the first investigation made this morning, the derailment was caused by an axle breakage. It is a problem of the freight car not of the tracks,” the spokesman added.

The spokesman said the freight train was owned by German company VTG and the maintenance of the trains was VTG's responsibility.

After the derailment SNCF warned of severe delays and disruption to rail traffic in the region, particularly between Saintes and Royan. The rail operator is also warning of delays between Bordeaux and Royan and between Angoulême and Saintes.

The scare comes just days after a separate track fault at the Brétigny-sur-Orge near Paris caused a rush hour Intercity train packed with 400 passengers to derail, killing six people.

Jean-Claude Delarue, from French rail users group "SOS-Usagers" said the second derailment in a matter of days was further proof that France's rail infrastucture is in desperate need of an upgrade.

"Thankfully there were no injuries but this latest incident shows that even if Friday's accident was rare, it was not an isolated incident," Delarue told The Local.

"This shows there is a real problem with the state of the material in France. Everything needs to be checked regularly."

French authorities continue to investigate the cause of Friday’s derailment which they say was caused by a connecting bar that had come loose at a rail switch at the station.

Rail staff are currently in the process of checking 5,000 similar connections around the country. A spokesman for the operator said it would take around two weeks for all the checks to be carried out.