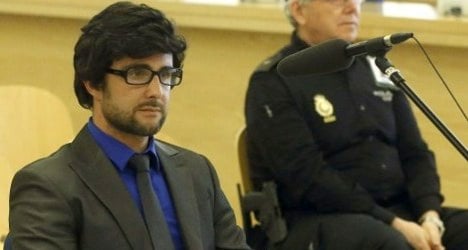 French business journal Les Echos reported on Thursday the figures come from information leaked to the French government by Hervé Falciani, the former IT worker at the Geneva branch of HSBC Private Bank, a subsidiary of British-based HSBC.

Falciani, who was arrested in 2012 and subsequently released in Spain, where he cooperated with authorities, transmitted a list 127,311 names of potential tax evaders with accounts at HSBC in 2008.

Of these 2,932 individuals and “legal entities” are resident in France.

Switzerland has issued a request to extradite Falciani, who faces charges of violating Swiss banking secrecy laws, but he is now under police protection in France, where is also cooperating with authorities.

Earlier this month he testified behind closed doors to a French parliamentary committee.

Citing a report from French Socialist MP Christian Eckert on the Falciani list, Les Echos totted up the numbers and came up with the figure of almost $5 billion in assets held in HSBC accounts in Switzerland.

But only one in six of the French account holders declared their assets to tax authorities and only a quarter of the assets have been properly reported or “regularized”, the journal reported.

French tax authorities have so far only recovered €186 million ($242 million) in owed taxes and penalties from the HSBC account list.

"The case of the HSBC list has shed light on the weaknesses in our legal arsenal in the fight against systematic tax fraud," lawmaker Christian Eckert wrote in the report on behalf of the National Assembly's finance committee.

The Eckert report highlights that just one percent of French individuals or companies accounted for $1.75 billion of the assets in the Swiss accounts.

The report notes that 169 of HSBC’s 1,293 employees at the time when the information was initially leaked were residents of France, Les Echos said.

“It is probable that employees held accounts to the benefit of clients and played the role of front-man,” the report says.

In his report, Eckert denounced the slowness with which French tax authorities have dealt with the information from the Falciani list after launching a preliminary investigation in 2009.

The list contains tens of thousands of suspected tax evaders from around the world, including the UK, Spain, Germany and Greece.

This article first appeared on The Local Switzerland. It can be viewed by clicking HERE 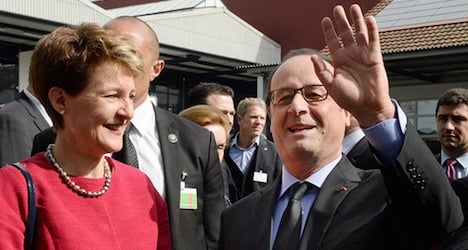 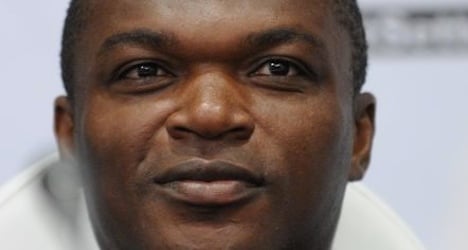 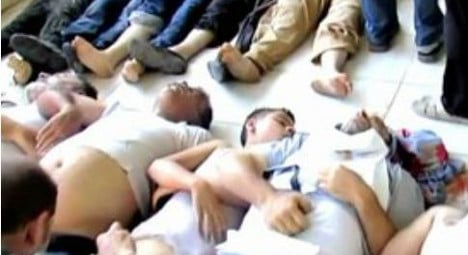 Just as French Prime Minister Jean Marc-Ayrault was to trying to convince senior lawmakers from all political parties of the merits of an intervention in Syria, the government began the job of trying to sway the public by releasing harrowing video evidence of last month’s deadly chemical attack in Damascus.

In all, six videos were uploaded late on Monday night onto the Ministry of Defence’s website.

The French government claims the videos have been “authenticated” by French intelligence services, and come with a warning that they contain images which may shock viewers.

The six videos were garnered from a number of sources in Syria including doctors, civilians and members of rebel forces fighting against Bashar al-Assad.

INTERVIEW – "The French understand the British stance on Syria", says the British envoy to Paris

The images show the bodies of children, women and men lined up on a floor. Excerpts also show a child having difficulty breathing and another who is suffering from “uncontrolled muscle movements”.

The Ministry of Defense states the videos were taken on the morning of August 21st, the day a rebel-dominated suburb of Damascus was hit by a massive rocket attack.

The images show victims suffering various “symptoms” without being wounded – proof, according to France, that “chemical weapons were used against the civilian population”. The videos form part of a dossier of evidence put together by French intelligence services that was declassified on Monday, as part of the Socialist government’s bid to persuade MPs and the public that strikes against the Syrian regime are necessary.

Hollande has vowed to "punish" Assad but has come under pressure not to attack before getting the green light from the French parliament.

On Monday, Assad himself warned France there would be "repercussions" if its forces intervened in Syria.

The report, made public after Prime Minister Jean-Marc Ayrault met with lawmakers, said the "Syrian regime launched an attack on some suburbs of Damascus held by units of the opposition, combining conventional means with the massive use of chemical agents."

It said that based on video reports, French intelligence had counted at least 281 dead but that reports of up to 1,500 killed were consistent with such heavy use of chemical weapons.

"The attack on August 21st could only have been ordered and carried out by the regime," the report said.

Opinion: Hollande is 'playing a high risk game over Syria

"We believe the Syrian opposition does not have the capacity to carry out an operation of such magnitude with chemical agents," it said.

The report said Syria "had one of the biggest operational stocks of chemical weapons," including an arsenal of more than 1,000 tonnes, comprising sarin and mustard gas, and more powerful neurotoxic agents.

If you would like to view the six videos released by France's Ministry of Defence, please note that they contain images some readers might find disturbing.

CLICK HERE for a link to the videos in question. 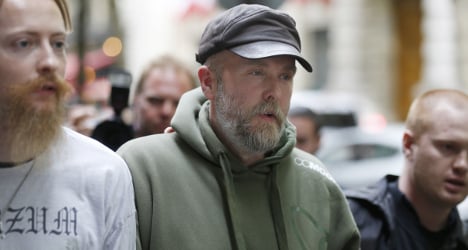 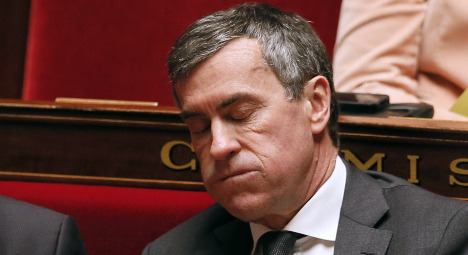