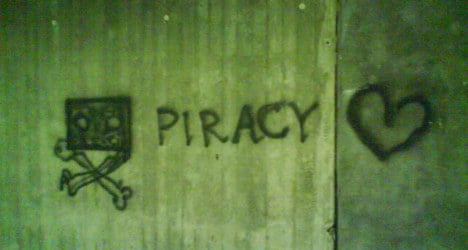 The anti-piracy law, signed in 2009 during the administration of former French President Nicolas Sarkozy, involved cutting off access to the internet for anyone caught downloading copyrighted material if they had ignored two previous warnings.

In a statement this week, the culture ministry said the government would now be targeting “commercial piracy” – popular websites that take in advertising revenue for hosting uploads and downloads of copyrighted movies and music – with an escalating series of fines, which start at €60 for the first offense.

Will France’s change in tactics really work in the fight against illegal downloading? And where did Hadopi go wrong?

“Hadopi was was a good idea, but just too ambitious,” Anne-Sylvie Vassenaix-Paxton, an intellectual property lawyer based in Paris tells The Local.

“Remember that we have to allow the creators of films and music to maintain a level of return on investment in what they do. Sometimes people think that if you’re doing something wrong at home, you’re safe. Well, you’re not.”

“The problem with Hadopi was that it didn’t take into account how much the internet has expanded, and monitoring all those interactions, including illegal downloading, is simply beyond the ability of any administration.”

“However, for someone who is downloading illegally, for the purpose of reselling that content, it seems appropriate to cut off their access to the internet. Remember, this is a crime we’re talking about,” she says.

“As for ‘commercial piracy,’ it will be hard for the French government to track down exactly where the material is being uploaded from, who has jurisdiction over those actions, and how practical it is to prosecute them for it.”

If Hadopi no longer allows internet connections to be cut off, could fines work?

“It depends on how big the fine is,” says Vassenaix-Paxton. “Let’s say you’re dealing with a large organization, with a huge financial turnover from piracy. If the fines aren’t proportionate, they will be completely meaningless.”

Anne-Sylvie Vassenaix-Paxton is a French intellectual property lawyer and a partner at the Heenan-Blaikie business law group in Paris.

‘The internet is not a toy you can take off people when they’re being naughty.’

“No government has the right to shut off anyone’s access to the internet,” says internet rights activist Rick Falkvinge.

“All of us these days are exercising our fundamental rights – free assembly, expression, opinion – through the internet, so this part of Hadopi was a clear violation of basic rights.”

“Sometimes the offline-born – people who didn’t grow up online – still see the internet as a toy that they can just take off people when they’re being naughty, and this French law was an example of that.”

While Falkvinge finds cutting off users’ internet “atrocious”, he is equally opposed to the French government’s new plan to target what it calls “commercial piracy.”

“’Commercial piracy’ is a contradiction in terms,” he says. “Nobody is talking about selling bootlegged movies directly from one internet user to another.”

“A major website providing the space for users to share music and films with one another, though, that’s a completely different thing.”

“Being able to freely share culture and knowledge advances civilisation, and the French government should be promoting it, not punishing it. And if someone can make a little money by helping others to share these things, good for them.”

‘Attacking piracy with fines is like heating a cathedral with a match.’

France is unlikely to reverse its stance on ‘peer-to-peer’ file sharing any time soon, so if the government wants to discourage it, will fines really be an effective deterrent, now that internet access will no longer be cut off?

“Hundreds of years before the internet, in European countries like France, the king would give the nobility a monopoly on using patterns needed to make a particular type of cotton clothing.”

“When others copied the patterns, the nobility were outraged, and the king introduced penalties for copying the patterns, that escalated to torture and the death penalty.

“Do you know what happened? It did not make a dent in the prevalence of copying.”

“So the idea that a €60 fine here and there is going to deter people in France from file sharing, is ludicrous. It would be like trying to heat a cathedral by lighting a match. All these fines will do is make a little bit of money for the French government,” he adds.

Rick Falkvinge is a Swedish IT entrepreneur and digital rights activist who founded the world's first Pirate Party. In 2011, Foreign Policy magazine named him one of its Top 100 Global Thinkers.