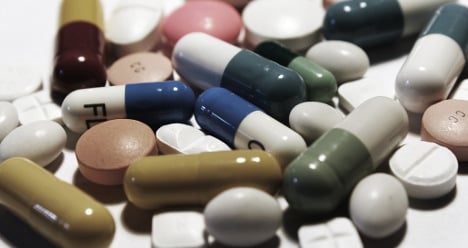 The report also found that sales of generic medication went up in France in 2012, and that the top three types of tablets were painkillers, followed by psychotropics (mood enhancement, ADHD) and antibiotics.

If taking 48 boxes of pills seems surprising, this week’s report is only the latest confirm the long-standing stereotype of the French being health obsessed pill poppers. A report in June revealed that the consumption of an antibiotics in France was on the rise.

The finger of blame for why the French take so many pills is often pointed at the country's prescription happy doctors.

A 2011 study by France's national medical insurance body, the CPAM claimed doctors in France prescribed too many different medicines to patients, but it also noted the patients themselves felt cheated if they were not given a long list of products.

In April this year a report by France’s National Academy of Medicine slammed doctors for sending their patients for “pointless” tests.

“We’re making patients think they have these illnesses, because of uncertain screening. Then all you’re doing is putting a new disease in the mind of the patient,” Dr. Jean Dubousset, a Paris-based orthopaedic surgeon, told The Local at the time.

Last September, a controversial book penned by two leading French experts claimed that half of the medicines available in France were useless, and that some were even dangerous.

At the time, Philippe Even, director of the Necker Institute, condemned pharmaceuticals as “the most lucrative, most cynical and least ethical of all the industries."

There concerns appeared to be confirmed when in May Bernard Begaud, a French expert, claimed that side effects from prescribed medication alone were killing 18,000 every year, more than suicide and traffic accidents combined.

Are the French really too obsessed about health? Is a reputation for hypochondria deserved? Share your view and join the conversation in the comments section below. 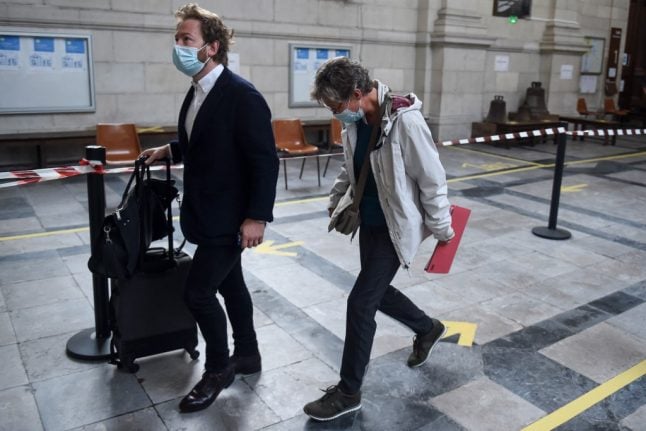 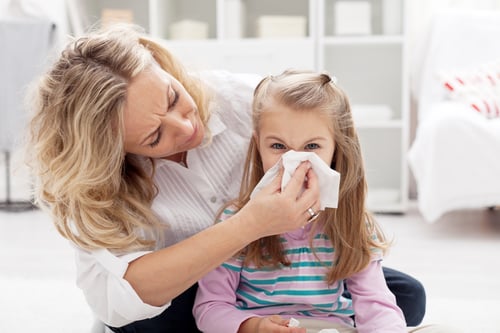 Photo: ilona75/Depositphotos
It's natural for worried parents to want to soothe their ailing children with over-the-counter medicine from a pharmacy but a leading French consumer group says they should think twice.
According to French consumer group UFC Que Choisir “too many” children's medicines for coughs, colds, regurgitation and gastric reflux are “useless or dangerous”.
And the group warned against getting children into “the harmful habit of taking medication every day” in its recent issue which includes a list of the particular products to avoid.
Included on the list are mucus thinners such as acetylcysteine and carbocisteine in powder form, as well as Fluimucil 2% for children and Bronchokod for children, which also include these drugs.
All of the above treatments, which are sold over-the-counter, can actually increase congestion in the under-twos and there is no evidence that they have any effect for older children, according to the group.
Similarly, it is better to avoid antiseptic sprays that “do no better than salt water solutions” and can even cause irritation and allergies.
READ ALSO: Photo: The Local
The group also recommends parents avoid using decongestant sprays which they say should not be prescribed to the under-15s and instead advises using salt water for cleaning a child's nose.
On top of that cough syrups containing codeine also make the list of products to be avoided.
Before trying to calm a cough which is a symptom of an illness, the groups recommends first consulting a doctor to find out the cause.
It also addresses drugs used to treat regurgitation which about 30 percent of children under the age of one suffer from.
Even though in the majority of cases it's nothing to worry about and France's health authorities have advised against using medicine to treat the condition since 2016, the group says drugs are still used too often.
Medical professionals, who have come out in support of the blacklist, say that rather than go straight for the medicine bottle it's much better to see a doctor or pharmacist to find out what can be done without drugs.
“In general, coughs, fever, cold, etc. are not serious and most of the drugs on sale for these situations are useless or at least more dangerous than useful,” Dr. Bruno Toussaint, editorial director of an independent medical journal said, adding that the UFC-que Choisir list was “very useful”.
And the consumer group doesn't suggest avoiding all medicines, recommending paracetamol (in the form of Doliprane syrup) to treat fever, saline treatments for the nose in case of colds and rehydration solutions in case of diarrhea.
READ ALSO: