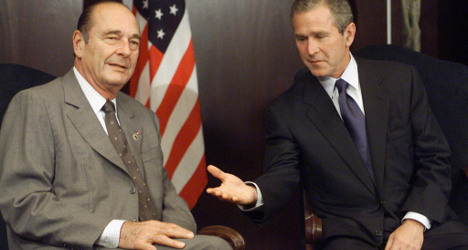 Tensions were high between Paris and Washington this week after leaked documents revealed the French embassy in the US capital had been bugged as well as its envoy to the United Nations in New York.

Diplomatic relations were even more strained when it emerged the US was upholding a ban on the French cheese mimolette.

The US rubbed salt into the Gallic wounds when officials labelled the cheese “putrid” and “unfit for food.” Coming from a country not renowned for its quality cuisine, the French would have found these words particularly hard to swallow.

But Yankie-Gallic rows are nothing new. Indeed, these Transatlantic tiffs have become so common over the years that American politicians are routinely ridiculed for showing any hint of Frenchness.

To celebrate July 4th, and to put this week's spying row into a little context, The Local has come up with the top ten Franco-American fights over the years, some of which might have you scratching your head: how are these two countries still allies? And how is France the only major European country never to have gone to war with the US?

CLICK HERE: TO SEE OUR GALLERY OF TOP TEN SCRAPS BETWEEN THE US AND FRANCE