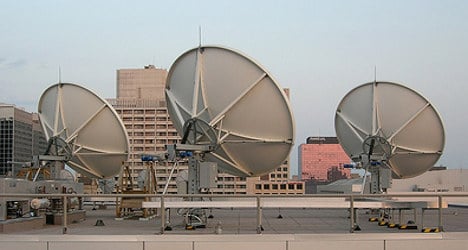 Are your phone calls and emails in France being logged by French intelligence serices? Photo: Dano/flickr

When the latest documents leaked by NSA whistleblower Edward Snowden suggested French and EU missions in Washington DC and New York had been spied on, the French government could not hide its anger.

French Prime Minister François Hollande demanded it stop immediately and France even called for the vital upcoming trade talks with the US to be postponed until the Americans had owned up to the extent of their covert surveillance.

However, according to French daily Le Monde on Thursday, France’s reaction could be seen as the height of hypocrisy.

After carrying out it’s own investigation, the newspaper published an article under the title "Revelations about French Big Brother" that claims the country’s intelligence services, the General Directorate for External Security (DGSE), systematically spied on the telecommunications of people in France and on those made between France and abroad.

The mass intercepting of communication was on a scale similar to the USA's PRISM surveillance program, which was revealed by Snowden in the Guardian newspaper at the beginning of the month.

The one difference being that PRISM was used to spy on international targets whereas the DGSE were only keeping a watch on the French.

Le Monde also claims the country’s politicians were fully aware of the scale of the operation.

Text messages, phone calls, emails and social network sites like Facebook and Twitter were monitored by the DGSE and any relevant data gathered would be “stored for several years”, Le Monde claims.

“A large part of the electronic communication in France is intercepted and stored by the DGSE,” a political source told the newspaper.

According to the newspaper, the French intelligence services record the signals from all computers and telephones through the country and information surrounding phone calls, emails and text messages is all stored. The actual content of the messages is not, however.

“The goal is to know who is talking to who and to establish links between certain targets and identify certain cells,” Le Monde writes.

“Politicians know about it, but keeping it secret is the rule. This French Big Brother is illegal and not subject to controls,” the newspaper claims.

GALLERY: NSA SPYING AND TEN OTHER SCRAPS BETWEEN THE US AND FRANCE

“DGSE collects the phone records of millions of subscribers, emails, text messages and faxes, as well as all internet activity, which involves Google, Facebook, Microsoft, Apple and Yahoo. The device is valuable in the fight against terrorism. But it allows them to spy on anyone at anytime,” writes Le Monde.

But the information was not just kept by the DGSE, Le Monde says. In fact the internal secret services the DCRI, customs authorities, the Director of Military Intelligence and even the intelligence branch of the Paris police all had access to the data.

The mass intercepting of communication is of course illegal in France.

“Every request for data or intercepts is targeted and cannot be carried out on a large scale. Such practices could not be justified by law,” France’s National Commission on Information Technology and Liberties (CNIL) points out.

French law does allow “intercepts” to be made on the grounds of security if the Prime Minister sanctions them, but there is no law that allows them to be stored.

However when contacted by Le Monde, these claims were rejected by the Prime Minister’s office, a parliamentary committee on intelligence as well by the National Commission for controlling security intercepts (CNCIS). While other intelligence organizations refused to comment, the national coordinator of intelligence Alain Zebulun “did not wish to speak” according to the paper.