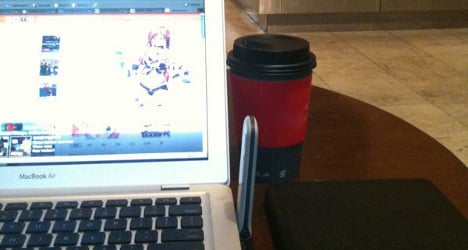 On Thursday, France’s national association on standardization and certification, AFNOR, is set to publish its plan to combat fake, anonymous commenters on consumer review websites, it was reported this week.

The new regime will create a logo, to be displayed by businesses on their websites, as well as consumer forums like La Fourchette, Yelp, and lastminute.com, which ensures users the sites have checked comments for authenticity, and that the comments haven’t been edited to their advantage.

A user claiming to have had a life-changing stay at a hotel in Lyon, for example, will be forced to provide proof and dates of their stay, to prevent fake reviewers in the employ of the hotel from padding out their online reputation with spurious ratings.

Furthermore, they will be required to provide two of three pieces of personal information – their email address, mailing address, or phone number – in order to sign in to the site.

On the other hand, big consumer brands such as Apple would be forced to display product reviews, however negative, on their websites, without censoring or editing any part of them once the comments had been checked for authenticity.

AFNOR’s plan would not force any website or company to take part in the programme, but allowing consumers to seek out the new logo would provide a strong incentive to voluntarily ensure the authenticity of the “user reviews” section of the site.

Similarly, websites will be given special dispensations to remove or edit certain comments, such as where claims are defamatory, individual staff members are named, or the opinion contains racially offensive language, for example.

The French are particularly enthusiastic about online consumer reviews. According to an Easy Panel – Test 'n' Trust study last autumn, nine out of ten French consumers consult internet reviews before making a purchase.

Some 73 percent, however, also don’t trust them.