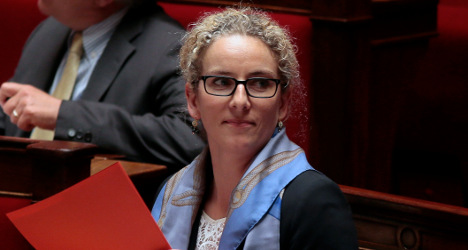 French President Francois Hollande on Tuesday sacked his environment minister Delphine Batho for describing this year's budget as a "bad" one for her ministry.

Batho, whose ministry's budget was cut by 7 percent, is the first minister in the Socialist government to be axed for criticising policy. She is being replaced by Socialist lawmaker Philippe Martin.

She is not the first minister to be sacked however after former Budget Minister Jerome Cahuzac was kicked out of the government earlier this year for lying over the existence of a Swiss bank account.

Batho had earlier in the day been hauled before the Prime Minister's office to explain her critical comments made to the media about the budget for her department. Around three hours later it was announced she was being relieved of her functions as minister for Ecology, Development and Sustainable Energy.

French ministers are traditionally not supposed to criticise policy decisions publicly even if they are personally opposed to them.

However, the outspoken Minister for Industrial Renewal, Arnaud Montebourg, has not been dropped despite criticising his peers several times and even questioning economic policy.

The sacking comes amid efforts by Paris to bring its budget deficit down to European Union norms.

French government spending is set to fall next year for the first time since 1958 owing to a slew of austerity measures.

Ministries are expected to achieve a cut of about €1.5 billion in central government spending in 2014 from this year's level.