Jean Damitio, from near Dax, in the Landes region of south-western France, fell from his 10-metre sailing boat off the coast of Capbreton, at around 7pm on Sunday evening.

Immersed all alone in Atlantic waters, without a life-jacket, and with sunset just a couple of hours away, the chances of Damitio surviving more than a few hours appeared slim.

When his empty boat was found washed up on the beach at Capbreton before 10pm, local emergency services set out by ground, in helicopters, and in boats to track down the missing boatman.

“Don’t panic, and whatever you do, don’t ever stop swimming,” he continued, noting that his worst enemies in that moment were sinking and freezing up.

Incredibly, Damitio was able to keep himself moving through complete darkness and at times freezing water for 15 whole hours, throughout the night of Sunday and into Monday.

To orient himself towards the shore, he followed the lights of boats off in the distance. For inspiration, however, he turned to his loved ones.

“My family allowed me to hold on,” Damitio told French radio RTL, adding that thinking about his four children gave him the strength to defy the laws of nature, and swim through the night, before staggering ashore on Monday morning.

Discovered by a local resident out for a walk, the grey-haired castaway was described as “completely exhausted, in a state of hypothermia, but still conscious,” by emergency services arriving on the scene.

Damitio was taken to hospital in nearby Bayonne, where he was joined by his family, along with a French TV crew on Monday as he continued his recovery.

Despite being dubbed the ‘miracle sailor’ by parts of the French media, and despite his awe-inspiring feats of endurance, Damitio has been quick to hold up his hands and admit he broke the safety rules of sailing, by not attaching himself to the boat or wearing a life-jacket at all times. 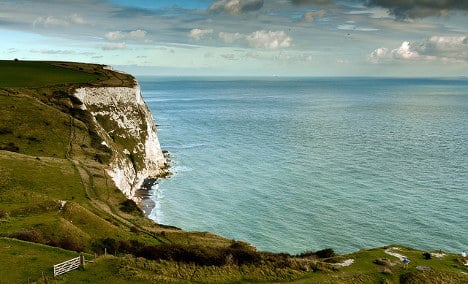