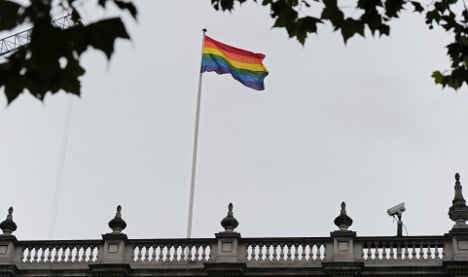 The celebration of LGBT (Lesbian, Gay, Bisexual and Transsexual) pride in Paris will be the first since France legalised gay marriage. Britain is in the process of enacting similar legislation.

Peter Ricketts, the British Ambassador in Paris, explained the move.

"I am delighted to fly the rainbow flag over the Embassy to mark this week and to show our pride in our LGBT staff and our celebration of diversity in our staff and our society," Ricketts said.

"The British government supports LGBT rights around the world and believes no one should face prejudice and discrimination because of their sexual orientation or gender identity.

"Events such as this give us a chance to come together to mark and celebrate the journey towards equality for LGBT people."