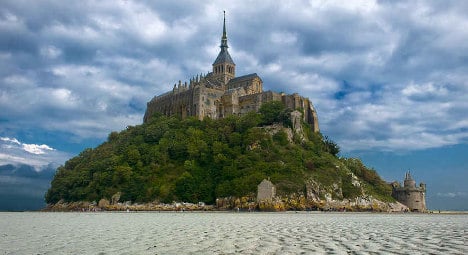 Mont St Michel, one of France's 'national treasures' on the route of the 2013 Tour de France. Photo: Guiseppe Citino

One of the greatest events in sport will speed off on Saturday from the French island of Corsica and not finish until just over three weeks later at dusk on the Champs Elysées in Paris.

The Tour de France 2013 promises to be one of the best races yet, even with the loss of last year's champion Bradley Wiggins to injury and a flurry of recent drug scandals that has once again tainted the sport.

The reason this year should be memorable is the route itself, which has been designed to showcase the beauty and diversity of France's countryside and culture as well, of course, as providing a grueling challenge for the riders.

Whether it's spectacular UNESCO World Heritage sites, legendary climbs to the summits of Alpine mountains, or stunning coastline routes, the riders in the 2013 Tour de France will pass by, through or over some of what the organizers describe as France's 'national treasures'.

CLICK HERE to see The Local's gallery of the 10 most iconic sites on the Tour de France 2013.