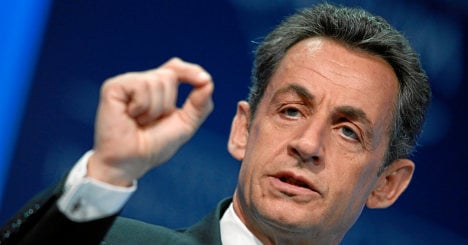 Sarkozy's numerous legal woes could soon be somewhat lightened, after a prosecutor on Friday asked a court in Bordeaux to dismiss the case against him, relating to the ongoing political funding scandal known as the Bettencourt Affair.

Citing "an absence of charges," prosecutor Claude Laplaud called for Sarkozy to be cleared, after being accused in March of taking financial advantage of the "weakness" of Bettencourt, the 90-year-old heiress to the l'Oréal empire, who suffers from dementia.

Laplaud also called on Friday for charges to be dropped against former French minister Eric Woerth, businessman Stéphane Courbit, lawyer Pascal Wilhelm, as well as a notary and nurse in the employ of Bettencourt.

The charges centred on claims Sarkozy had accepted envelopes stuffed with cash from the world's richest woman to fund his 2007 election campaign.

The allegation is that Sarkozy obtained significant amounts of money from her, breaching electoral spending limits and taking advantage of a person weakened by ill health.

Bettencourt's former accountant, Claire Thibout, told police in 2010 she had handed envelopes filled with cash to Bettencourt's right-hand man, Patrice de Maistre, on the understanding it was to be passed on to Sarkozy's campaign treasurer, Eric Woerth.

Investigators suspect up to €4 million of Bettencourt's cash subsequently made its way into the coffers of Sarkozy's UMP party.