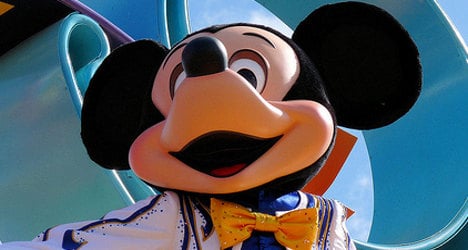 A French court on Thursday fined Euro Disney €150,000 for having illegal criminal checks carried out on potential employees at its Disneyland Paris theme park.

The group was found guilty of receiving illegal information, violating confidentiality laws and misappropriating computer data by the court in Meaux outside Paris.

A spokesman for Euro Disney said the company "takes note of the ruling", insisting that the checks had been aimed at ensuring security at the park and that they had ceased in 2004.

Two retired police officers who had been paid as private consultants to obtain the records were given suspended prison sentences and ordered to pay fines of €3,000 and €4,000.

The court suspended half of the fine and activists for French labour unions, who were civil plaintiffs in the case, said the amount was hardly substantial for a company like Euro Disney.

"This is a ridiculous sentence," said Daniel Rovedo of the CFDT union.

Using contacts and access from their previous jobs, the consultants had made hundreds of criminal record checks for Euro Disney between 1997 and 2004, earning on average the equivalent of €37,000 per year.

The company had said the checks were aimed at preventing terrorist attacks and out of fear of paedophiles targeting the millions of children who visit the park every year.

It also said it only became aware of the illegal checks in 2004 and immediately contacted authorities when they came to light.

Disneyland Paris is the most visited theme park in Europe, with 16 million people passing through its turnstiles last year, and more than 15,000 people are directly employed by the park.