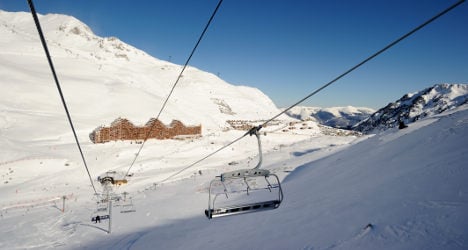 Going shopping online? Tempted by a €550,000 ski station like this one, available through 'French Craigslist' Le Boncoin? File photo of a ski station: TGT/Flickr

Marc Trancart bought the 1100-metre high Loge des Gardes ski station in Allier, central France along with his wife in 2001.

But now that he wants to retire in a year, he’s been forced to come up with some imaginative ways to hand over the €550,000 property to a new owner.

On Friday he took the unusual move of posting a ‘For Sale’ ad on Le Boncoin – France’s homegrown equivalent to classifieds website Craigslist – and has attracted the attention of the French media, as well as a handful of potential buyers.

Speaking to The Local on Tuesday he said: “Why not? People sell camping sites and hotels on [Le Boncoin].”

As well as all the property itself all the required paperwork, Trancart’s post describes three ski-lifts, a conveyor belt, a ski shop with 500 pieces of equipment, a snow plough, tractor, 4 x 4 pick-up truck, and lots more besides.

The ski station would be “ideal for a dynamic couple who appreciate nature,” according to Trancart.

The unorthodox businessman, however, insists that potential buyers come and visit him at his home roughly an hour away from Vichy and Roanne, in the Auvergne region.

“I’ve been getting calls already, in fact I’ll have my first meeting tomorrow night,” he said.