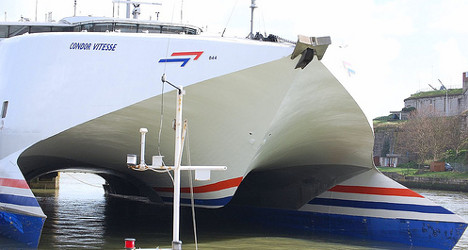 The Condor Vitesse, which crashed into a French fishing boat, fatally killing its captain. Photo: Fender5/flickr

A former captain and his first mate will go on trial Wednesday after their British ferry crashed into a French fishing boat, killing its skipper, while they were allegedly distracted
chatting about a "sexy" Halle Berry film and drug testing.

Paul Le Romancer, the 58-year-old ex-captain of the "Condor Vitesse", and his first mate Yves Tournon, 48, are facing charges of manslaughter, involuntary injury and failing to respect maritime regulations over the incident on March 28, 2011.

The accused, both French citizens, will appear before a court in the northwestern town of Coutances and are each facing up to five years in prison.

The "Condor Vitesse", an 86.6-metre (285-foot) catamaran belonging to the fleet of British-registered Condor Ferries, collided with the "Les Marquises", a 9.3-metre (30-foot) French fishing boat, in thick fog between Saint Malo and the island of Jersey.

The catamaran, travelling at 70 kilometres per hour (45 miles per hour), split the fishing boat in two, killing its captain Philippe Lesaulnier, a 42-year-old father of four. The boat's two other crew members were fished out of the sea unharmed.

Prosecutors allege that the accused were not paying enough attention to radar despite the fog, had deactivated the ship's anti-collision system and had not turned on its fog horn.

The ferry, containing 200 passengers, was able to continue its voyage to Jersey after the accident.

An investigation by France's BEA maritime authority noted that the captain and first mate had carried out "almost-continuous conversations unconnected with the operations of the vessel" which created "an atmosphere that was hardly compatible with the concentration needed to pilot a high-speed vessel in foggy conditions."

Transcripts of the conversation, recorded on the bridge and released in a BEA report, showed the crew chatting about films and drugs in the time leading up to the collision.

"Last night I watched Catwoman on television. I'm an idiot because after that I didn't sleep well," the captain is recorded as saying on the transcript a few minutes before the collision, referring to the 2004 film starring Berry.

"She was jumping everywhere like a cat," the captain said. "She's bloody beautiful. She was wearing a sexy outfit."

The conversation later turned to how long certain drugs would remain present in the body and jokes about the first mate forgetting his glasses, before an alarm indicated the collision.

Condor Ferries, based on the British island of Guernsey, is not itself facing criminal prosecution. 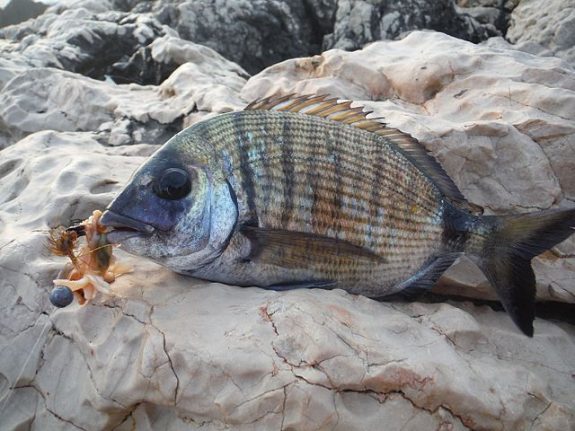 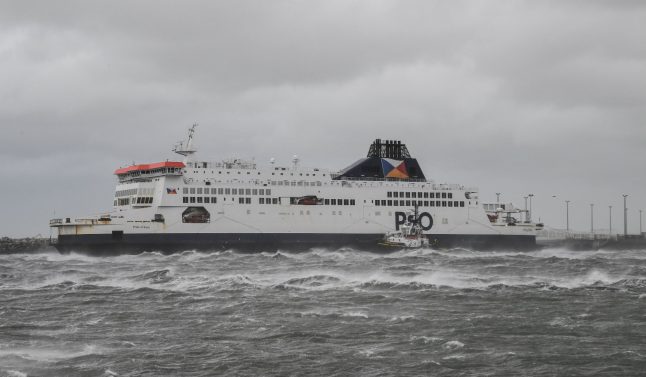 Over the past six years there have been numerous cases reported by swimmers at Cannes beach, with victims describing a medium-sized spotted fish as the toothy culprit.

The latest incident, reported by local daily Nice-Matin, saw a 68-year-old bather from Paris bitten on the leg at the cinematic city’s Moure Rouge beach.

“I just noticed a fish with black spots on the flanks, it was about 15 cm long,” she told the Alpes- Maritime newspaper, adding that when she looked at her lower leg she noticed a mole she previously had there had been bitten off.

“Last year, we heard about biting fish on the beaches on the promenade of La Croisette, in particular at Bijou beach,” explains a local fisherman.

Biting fish have also been reported at the Lérins Islands and at La Bocca area of Cannes. In fact, beachgoers in Cannes have been reporting similar scares since 2010 but it’s not just this strip of the French Riviera that’s affected but the Mediterranean as a whole.

Holidaymakers in other countries in the Med such as Spain, Israel, Greece and Turkey have posted warnings on travel sites such as TripAdvisor and Lonely Planet.

In 2017, Times of Israel also covered the spike in seabream bites along the Mediterranean coastline, suggesting global warming could be to blame for the species’ increased aggression.

“Some experts cite climate change as a major factor, and say the biting fish are only one, minor manifestation of the impact of warming temperatures,” the Israeli daily writes.

Diplodus sargus fish, known as sargo or white seabream in English and sar in French, are usually about 10 to 15 centimeters long (although they can reach 40cm) and are a common species in French waters, and for that matter on French dinner plates.

“[The fish] are seeking food. When they see our feet, they bite. They consider it plankton,” zoology academic Menachem Goren told The Times of Israel. 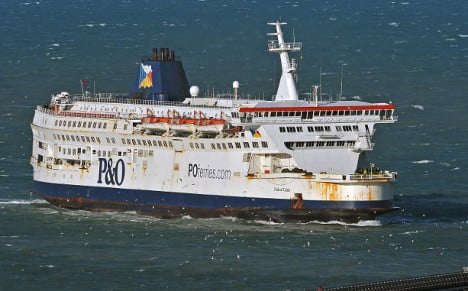 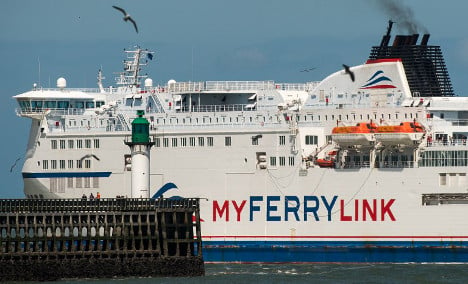