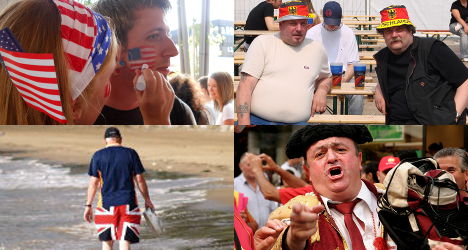 Have you ever wondered how French people always seem to know where you come from, even before you open your mouth?

Do you have any idea what the French really think of you and your fellow countrymen and women.

Thankfully, with the help of a new tourist guide,The Local has managed to get its hands on a list of impressions, stereotypes and observations that the French themselves make about you and your compatriots from 10 different countries.

Is it a fair impression? Let us know in our comments section below.

GALLERY: WHAT THE FRENCH SECRETLY THINK OF YOU