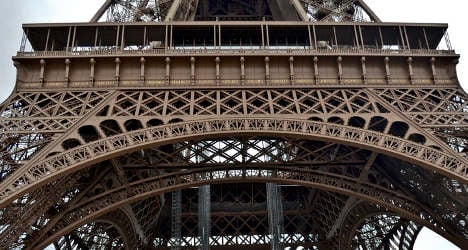 Paris's Eiffel Tower was evacuated by police on Tuesday afternoon after a man threatened to throw himself off the monument at around 1pm.

According to French radio RTL a team of expert medics and fire fighters arrived on the scene, before police negotiators tried to reason with the man and bring him down safely.

Reports said the man, reported as being from Poland, was on the second level of the Iron Lady when he threatened to jump. He had apparently tried to clamber up the frame of the tower towards the top.

The latest reports suggest that the man was apprehended and brought to safety just before 3pm, French time thanks to the intervention of a specialist negotiator.

Police sources told French media the man, believed to be in his 20s, was in a "psychologically unstable" state and had "demanded the presence of cameras".

The Eiffel Tower is visited by millions from around the world each year. In 2011 alone 7.1 million visitors accessed the famous monument.

The tower has to be evacuated on a regular basis because of suicide threats but the management has refused to say how any attempts are made.

Last year a British man jumped to his death from  the Eiffel Tower from between the second and third levels.