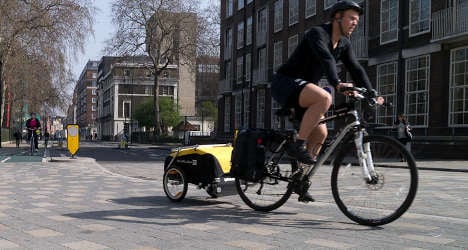 An American tourist was stopped between Montauban and Cahors in south-western France for cycling on the A20 motorway next to cars travelling at 130 km/h. File photo: Shirokazan/Flickr

It can be all too easy to miss social cues when you’re a foreigner visiting a strange land, and France is no exception.

One young American tourist, however, appears not to have felt out of place cycling down the hard shoulder of the A20 motorway in south-western France on Wednesday, as cars and trucks flew by at high speed.

The thrill-seeking, or simply oblivious, 25-year-old man, from Santa Barbara, California, caused flabbergasted motorists to fear for his safety, and their own, when he was seen happily cycling along next to them, towing a trailer behind him.

Local police eventually caught up with him on a stretch of motorway between Montauban and Cahors, close to the city of Toulouse.

In the end, police escorted the bold young American tourist to a toll booth in Cahors, without issuing him a ticket, according to French television TF1.