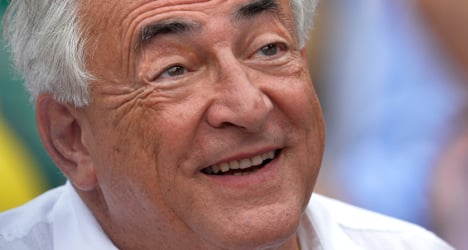 The public prosecutor in the northern city of Lille on Tuesday called for a ‘non-lieu’, or abandonment of charges against DSK and another man, Jean-Luc Vergin, charged with “aggravated pimping in an organized gang.”

“In effect, as far as they [DSK and Vergin] are concerned, the court is of the opinion that there are not sufficient charges against them,” the prosecutor said in a statement.

The case, known here as the "Carlton affair", centres around allegations that business leaders and police officials in Lille operated a vice ring supplying girls for sex parties, some of which are said to have taken place at the city's Carlton Hotel.

DSK has not denied taking part in these sex parties, but has affirmed that the women in attendance were not prostitutes.

Three judges in Lille are now set to decide on whether to accept the recommendation of the prosecutor and drop all charges against DSK, or insist that he go to trial.